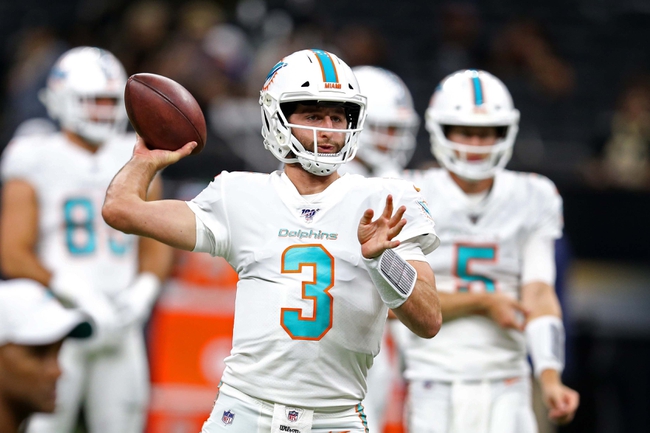 The Baltimore Ravens have won double-digit games in five of the last nine years and enter a 12th season under coach John Harbaugh. The Baltimore Ravens have split their last six road games. The Baltimore Ravens have won each of their last three regular season openers. The Ravens identity will continue to be defense, and they were second in points allowed and first in yards allowed last season. The Ravens do lose two of their top-three tacklers and watched Terrell Suggs leave for the Arizona Cardinals, but this is still a more than respectable unit with Matt Judon leading the linebackers and the addition of Earl Thomas to an already talented secondary that featured Jimmy Smith and Tony Jefferson. The Ravens offense will come down to how effective quarterback Lamar Jackson will be in his second season. With Jackson at quarterback, the Ravens ran more of a college style offense that played of his athleticism and running ability. Jackson becoming more of a consistent passer would open up this offense and create a more dangerous threat overall.

The Miami Dolphins have missed the playoffs in 15 of the last 17 years, and they hope things will change in a new era under coach Brian Flores. The Miami Dolphins have won six of their last eight home games. The Miami Dolphins have won five of their last six regular season openers. The Dolphins seem to be in rebuild mode with a fresh coaching staff and a young roster that will be led by cornerstones Laremy Tunsil, Xavien Howard and Minkah Fitzpatrick. There’s pieces on this Dolphins roster that have them set nicely for the future, but the lack of overall talent and depth makes you question how good they can be this year. It would be wise if the Dolphins started Josh Rosen at quarterback to see what the kid has and if he’s the future, but it felt like they were leaning toward Ryan Fitzpatrick in the preseason. Either way, the Dolphins offense line leaves a lot to be desired and will make it tough for either QB to have much success.

The Baltimore Ravens have beaten up on the Dolphins in the last two meetings by a combined score of 78-6, and they usually bully them when they play. The Miami Dolphins have more talent than other outlets will tell you, but the offensive line has major holes and it's hard to do anything offensively without even a decent OL. The Baltimore Ravens have failed to cover five of their last six games when a favorite of at least three points. The Miami Dolphins are 5-11 ATS in their last 16 games when an underdog of at least three points. The Baltimore Ravens should feast defensively in this contest while their ground game controls the clock. This should be a comfortable victory for the road team.