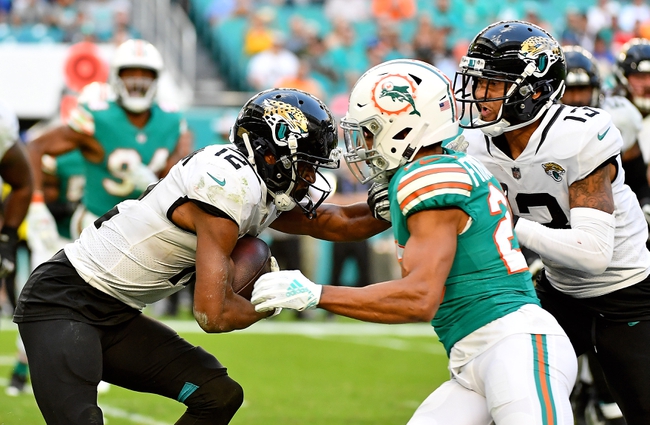 The Miami Dolphins are 1-1 in the preseason after a 14-16 loss to the Tampa Bay Buccaneers. Josh Rosen and Jake Rudock combined for 174 passing yards, one touchdown and one interception. Patrick Laird led the Dolphins with 51 yards on seven carries, while Saeed Blacknall had 25 receiving yards on one reception. Defensively, Sam Eguavoen led the Dolphins with eight tackles, Charles Harris had 1.5 sacks and Nick DeLuca had one tackle for loss. The Miami Dolphins looked like they were going to improve to 2-0 in the preseason, but they allowed the Bucs to get in field goal range in 28 seconds to steal a victory. Regardless, the Dolphins have to play Rosen the bulk of this game, as it’s critical to this franchise to determine if he’s capable of being the starter moving forward. Bad offensive line or not, giving Rosen a fair shot is all the Fins should be focused on at the moment. The Miami Dolphins have lost four of their last six preseason games.

The Miami Dolphins are 30 seconds away from being unbeaten in the preseason and their late backups have played some of the best football in those games. This game needs to be a tryout for Rosen against the starters, as Miami has to find out more about him as a potential starter moving forward. The Jacksonville Jaguars are unbackable through two games, as the offense has done absolutely nothing, averaging five points and not converting on third down. Assuming these teams hold current form, this should be a comfortable win and cover for the Miami Dolphins at home.