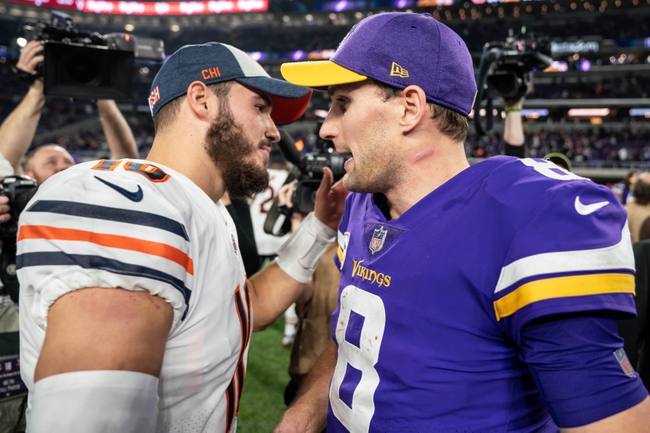 The Chicago Bears look for a third straight victory before packing their bags for London. The Chicago Bears have won five of their last six home games. Mitchell Trubisky is completing 65 percent of his passes for 579 yards, three touchdowns and two interceptions. Trubisky has zero touchdown passes in four of his last six games. Allen Robinson and Taylor Gabriel have combined for 313 receiving yards and three touchdowns while Tarik Cohen has 12 receptions. The Chicago Bears ground game is averaging 96.3 yards per contest, and David Montgomery leads the way with 147 yards and one touchdown. Defensively, Chicago is allowing 13 points and 313.7 yards per game. Danny Trevathan leads the Chicago Bears with 25 tackles, Khalil Mack has three sacks and Kyle Fuller has two interceptions.

The Minnesota Vikings are 2-8-1 ATS in their last 11 road games as an underdog. The Chicago Bears have covered seven of their last nine home games as a favorite. The Minnesota Vikings have shown they're not the same team outside of their fancy new dome, and I'm not thrilled to trust Cousins on the road against a feisty and aggressive defense. The Chicago Bears finally showed signs of life offensively in their last contest, and they become a very scary football team if Trubisky can make the same throws he made against Washington. A likely defensive battle and points hard to come by, I still lan toward the Bears and the small chalk.