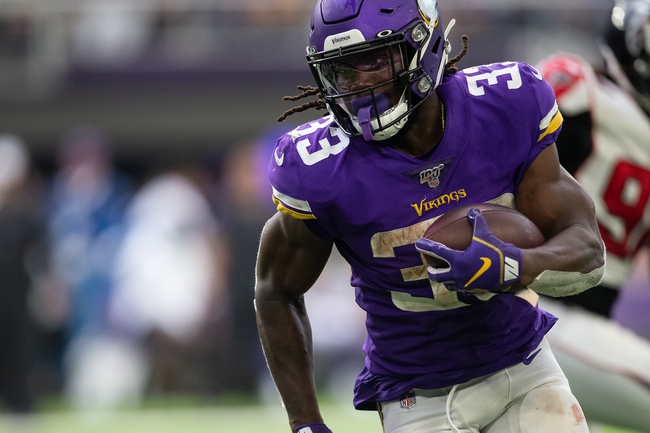 The Minnesota Vikings and the Green Bay Packers meet in a week 2 NFC North division matchup in NFL action from Lambeau Field on Sunday afternoon.

The Minnesota Vikings will look to build on a solid 28-12 victory over Atlanta to start the season in their last outing. Kirk Cousins threw for 98 yards and a touchdown on 8 of 10 passing while also rushing for a touchdown as well. Dalvin Cook led the Vikings in rushing with 21 carries for 111 yards and a pair of touchdowns while Alexander Mattison added 49 rushing yards. Adam Thielen led the Vikings in receiving with 3 catches for 43 yards and a touchdown while Stefon Diggs had 37 yards on a pair of receptions. Defensively, Anthony Harris had a pair of interceptions and a fumble recovery while Trae Waynes had a forced fumble and the Vikings combined for four sacks as a team in the win. Harrison Smith led Minnesota with 8 solo tackles as well in the winning effort.

The Green Bay Packers will come into this one extra rested after starting the season with a 10-3 win over Chicago in the opening game of the 2019 season last Thursday. Aaron Rodgers threw for 203 yards and a touchdown on 18 of 30 passing while Aaron Jones led the Pack with 39 rushing yards on 13 carries. Marquez Valdes-Scantling led the Packers with 4 receptions for 52 yards while Davante Adams had 4 grabs for 36 yards and Jimmy Graham added 3 catches for 30 yards and the game’s lone receiving touchdown. Defensively, the Packers combined for 5 sacks while Adrian Amos had an interception and Blake Martinez, Raven Greene and Kevin King each had a team-high 5 solo tackles in the win.

I’ve gone back and forth on this game as you can genuinely make a case for either side. Minnesota shut down a solid Falcons offense and have had the upper hand on the Packers in recent meetings. However, that win came at home and Green Bay is still one of the tougher places to go on the road and win. With all that said, I’m going to focus on the total and side with the under. This is a game with two teams that showed some strong defense in week 1, and while you can probably expect some improved play at the quarterback position with a game under their belts, I still think that we are in for a smash mouth kind of game where both teams barely hit the 20s if at all.