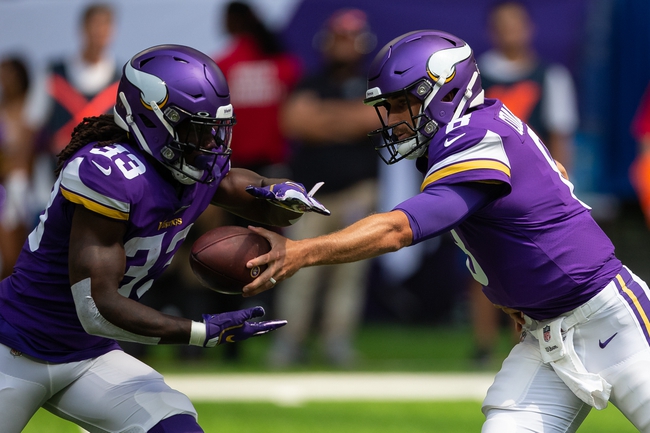 The Oakland Raiders have failed to cover seven of their last 10 games as an underdog of at least seven points. The Minnesota Vikings are 5-2-1 ATS in their last eight games as a favorite of at least seven points. The Raiders have been better than expected and will get back Richie Incognito from suspension, which helps the offensive line. The problem I have is the Raiders on the road in a hostile environment and asking Carr to make plays through the air. It's different in Oakland on that baseball field when everybody is cheering for you. U.S. Bank Stadium has become one of the tougher places in the league to play and the Vikings are 8-4-1 ATS there in their last 13 games as a favorite. The chalk is a little steeper than I expected, but the Vikings in a double-digit win isn't unreasonable.