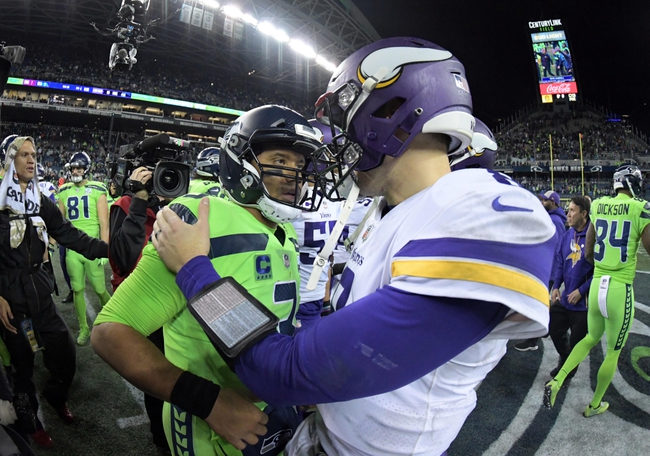 The Seattle Seahawks are coming off a 22-14 victory over the Denver Broncos, their first preseason victory since 2017. Paxton Lynch and Geno Smith combined for 167 passing yards, one touchdown and zero interceptions. Xavier Turner led the Seahawks with 42 yards on 13 carries, while Jazz Ferguson had 54 receiving yards and one touchdown on four receptions. Defensively, Austin Calitro led the Seahawks with six tackles, DeShawn Shead had one sack and Marquise Blair had one tackle for loss. The Seattle Seahawks had some nice plays offensively and forced a turnover on defense, but the 15 penalties and 131 penalty yards have to be cleaned up. The Seahawks are a physical team and it can take time adjusting to the new rules, but you want to see a much cleaner performance this time around if you’re a Seahawks fan. The Seattle Seahawks have split their last eight preseason games.

The Minnesota Vikings beat the New Orleans Saints 34-25 in their preseason opener. Sean Mannion and Kirk Cousins combined for 167 passing yards and two touchdowns. Mike Boone led the Vikings with 71 yards on four carries, while Tyler Conklin had 56 receiving yards on two receptions. Defensively, Cameron Smith led the Vikings with seven tackles, Jalyn Holmes had one sack and Hercules Mata'afa had two tackle for loss. The Minnesota Vikings scored at least seven points in all four quarters and averaged 8.5 yards per play. You’d like to see the Vikings clean up the 13 penalties and the defensive effort could improve, but overall, this team played well and saw three of its four quarterbacks have a touchdown pass. The Vikings were one of the more impressive teams opening week of the preseason. The Minnesota Vikings have won four of their last five preseason games.

I said in the Seattle Seahawks preseason opener that they're a team I like this preseason due to having three quarterbacks with starting experience. I lean heavily on quarterback play in preseason action, and it's hard to find a team with better depth at the position than the Seahawks. We're also getting four free points here, and once you get above a field goal, I start leaning toward the underdog. It's hard enough to cap meaningless preseason games due to constant roster turnover, I don't want to make a habit of laying big numbers. The Minnesota Vikings looked great in their opener, but I value the points here.