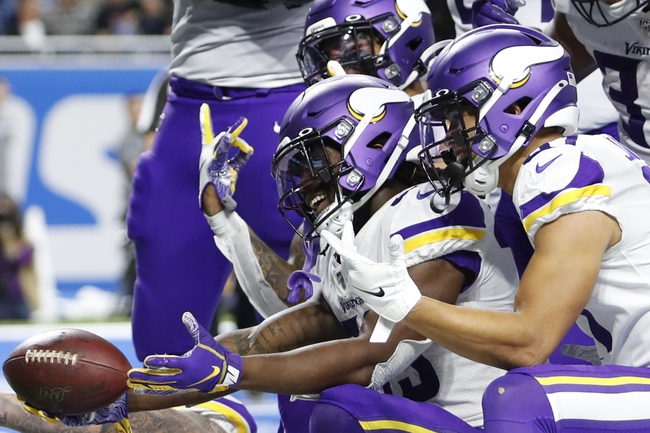 In the win against the Lions, Kirt Cousins was 24/34 for 337 yds and 4 touchdowns.  Dalvin Cook did his part out of the backfield, he had 142 yds rushing on 25 carries and added 2 touchdowns. The Vikings played a turnover free game and out gained the Lions 503 - 433 in the game. Cousins has thrown for 1,711 yds and 13 touchdowns on the season.  Cook has 8 rushing touchdowns thus far.

The Redskins are 5-4 ATS as an away underdog.

The Redskins are 2-4 ATS as an underdog this season.

The under is 4-3 this season in Redskins games.

The Vikings are 3-0 ATS this season as the home team.

The over is 2-1 this season when the Vikings are the home team.

This is a matchup that has the quarterbacks going up against their former teams.  While Keenum should be energized and ready to be back in Minnesota, that shouldn't be enough for the Redskins to pull off a win or even cover.  Take the Vikings and this decently large home spread.  Final score prediction, Vikings win and cover 35-14.