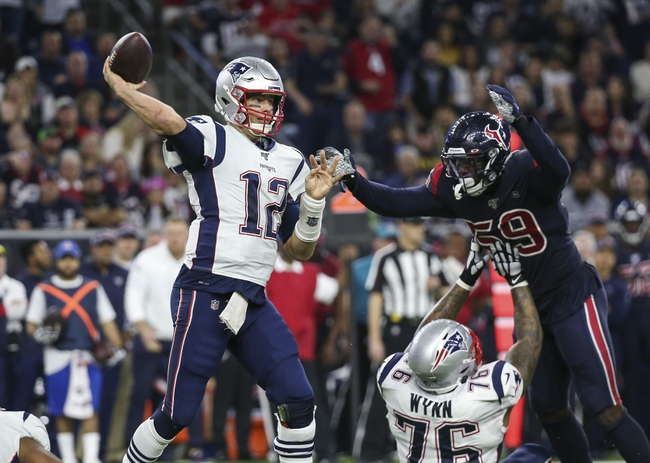 The Kansas City Chiefs are set to visit Gillette Stadium in Foxboro, Massachusetts for an AFC clash against the New England Patriots. The Kansas City Chiefs come into this matchup with an 8-4 record, and they will be looking to continue their success after winning their recent home game against the Oakland Raiders, 40-9. QB Patrick Mahomes had a solid game through the air for Kansas City as he connected on 15 of his 29 pass attempts for 175 yards and 1 TD. TE Travis Kelce was the top target for Mahomes and the Chiefs as he hauled in 5 catches for 90 yards.

The Kansas City Chiefs were good on the defensive side of the ball against the Oakland Raiders as they held them to 9 points and a total of 332 yards of offense. DE Tanoh Kpassagnon led the way for the Kansas City defense with 5 tackles and 1.5 TFL. The secondary had a productive outing for the Chiefs as safety Juan Thornhill pitched in 4 tackles and 1 interception while safety Tyrann Mathieu also contributed an interception.

The New England Patriots come into this matchup with a 10-2 record, and they will be looking to rebound after dropping their recent road game against the Houston Texans, 28-22. QB Tom Brady had a big game through the air for New England as he connected on 24 of his 47 pass attempts for 326 yards, 3 TDs, and 1 interception. WR Julian Edelman was the top target for Brady and the Patriots as he hauled in 6 catches for 106 yards and a TD.

The New England Patriots struggled on the defensive side of the ball against the Houston Texans as they allowed them to score 28 points without forcing a turnover. DE Lawrence Guy led the way for the New England defense with 7 tackles. The Patriots were able to get into the Houston backfield a handful of times as LB Dont’a Hightower, LB Kyle Van Noy, and DE Chase Winovich combined for 3 TFL and 3 sacks.

The New England Patriots have really struggled on the offensive side of the ball this season, but their defense has been able to cover up for Tom Brady and the unit. The Patriots defense is one of the top in the NFL, but they will have one of their toughest task yet with the explosive Kansas City offense, and you can expect Patrick Mahomes to be prepared for this one after losing to the Patriots at home last season. The Chiefs defense hasn’t looked good on paper, but their pass defense is improved which has been the downfall of the New England offense. The Chiefs have the weapons to surround Mahomes, and I think this game comes down to the wire with a game-winning field goal from Harrison Butker.