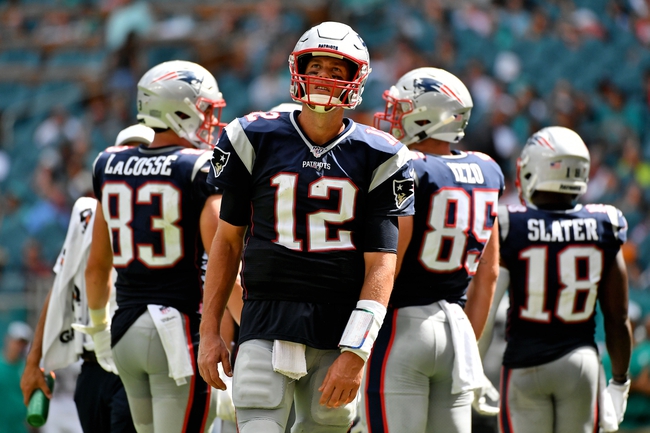 The New York Jets and the New England Patriots will meet up in Week 3 NFL activity on Sunday.

The Jets started out the season by blowing a 16-point lead against the Bills, ultimately falling 17-16. In the Monday night game Week 2 against the Browns, New York lost another starting QB to an injury and limped to a 23-3 defeat.

Over on the Patriots’ side, they’ve rolled through their first two games so far, with a 33-3 opener win over the Steelers, and a 43-0 blowout of the Dolphins in Miami Week 2.

In the Dolphins shutout, Pats QB Tom Brady logged 264 yards and two touchdowns. Sony Michel added 85 rush yards and a score, while Antonio Brown introduced himself with 56 yards and a TD from four catches.

Remember Week 2 when the Patriots played the Dolphins, and lots of people scoffed at that thick line? But then the Patriots proceeded to demolish it anyway? This feels like a similar situation, especially with this game being in Foxboro. I’m going to overthink it or try to get cute. Until the line gets into the mid-20s (which I wouldn’t be surprised at) I’m going Patriots.