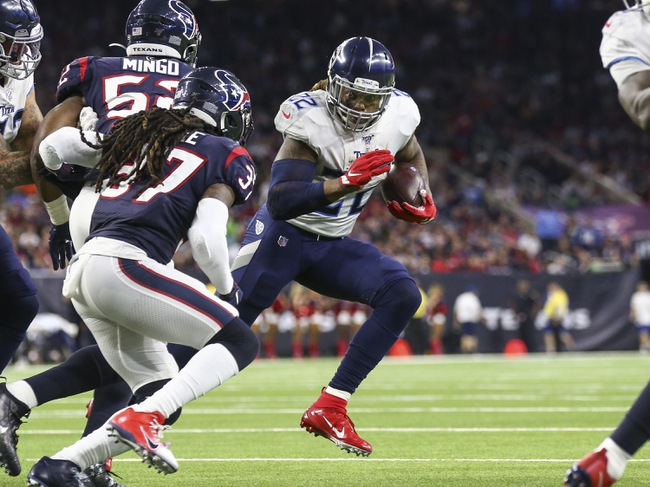 The Tennessee Titans take to the road on Saturday when they visit Gillette Stadium in Foxboro, Massachusetts to play the New England Patriots in an AFC wildcard showdown. The Titans (9-7) clinched a playoff spot after defeating the Houston Texans on Sunday 35-14. Ryan Tannehill threw for 198 yards and a pair of touchdowns, while Derrick Henry rushed for 211 yards and three touchdowns and clinched the NFL rushing title.

Ryan Tannehill has 2,742 yards passing with 22 touchdowns and six interceptions. Derrick Henry is the leading rusher for the Titans with 1,540 yards and 16 touchdowns. A. J. Brown leads all Titans’ receivers with 1,051 yards and eight touchdowns. Logan Ryan leads the Titans in tackles with 113.

New England ended the regular season 12-4 following a 27-24 loss at home to the Miami Dolphins. Tom Brady passed for 221 yards, two touchdowns and one interception in the loss. The Patriots defense gave up 389 yards and New England turned the ball over twice. The Patriots posted 18 first downs to 26 by the Dolphins. The Patriots were favored by 17 points at the opening kickoff.

Tom Brady has thrown for 4,057 yards, 24 touchdowns and eight interceptions. The leading rusher for the Patriots is Sony Michel with 912 yards and seven touchdowns. Julian Edelman leads all receivers for New England with 1,117 yards and six touchdowns. Jamie Collins Sr. is the leading tackler with 82.

Tennessee enters this playoff matchup riding high off a big win over Houston. The Titans have the NFL’s rushing champion in Derrick Henry and a solid defense. New England lost 3 of its final 5 regular season games and the Patriots are 0-3-1 ATS in their last 4 versus an opponent with a winning record and have failed to cover the number in 5 of the last 6 versus an AFC opponent. This has UPSET written all over it. Final Score Prediction, Tennessee Titans win and cover ATS 27-24