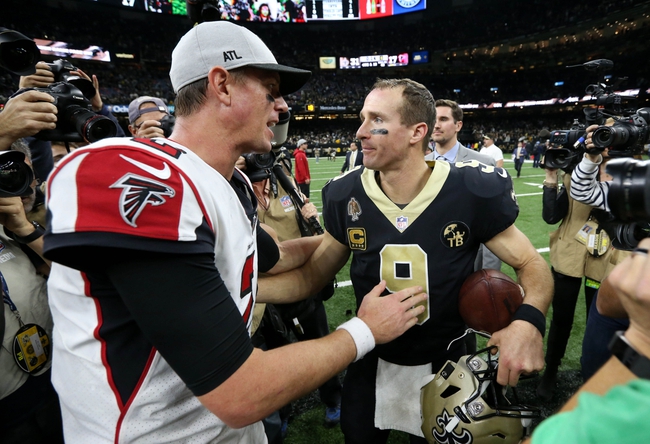 The Saints passing attack should be able to what they want at will against the Falcons defense.  The Saint's have a couple play makers that are questionable for the game.  Jared Cook and Alvin Kamara have both been dealing with injuries and are questionable to play.  The Saints defense has been pretty solid this year, allowing only 21 points per game.  The Saints have won 6 in a row.

Falcons are 1-5ATS in their last 6 games overall.

Saints are 6-0 ATS in their last 6 games overall.

Saints are 6-2 ATS vs. a team with a losing record.

The under is 5-2 for the Saints when playing a team with a losing record at home.

While this is an in division rivalry game, both teams are complete opposites.  The Saints will be able to do whatever they want at will against a bad Falcons pass defense.  Matt Ryan is expected to return for the matchup against the Saints, but that won't be enough.  Kamara is expected to return for the Saints, how many touches he gets is up in the air.  Either way Saints should roll.  Final score prediction, Saints win and cover 35-17.