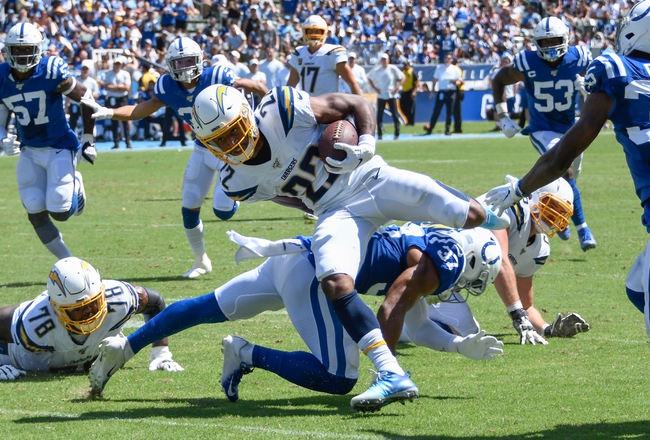 The Indianapolis Colts go to the Mercedes-Benz Superdome in New Orleans, Louisiana to take on the New Orleans Saints. The Colts are coming off of a demoralizing defeat to the Tampa Bay Buccaneers in a game that they really needed. The Colts gave up 456 passing yards to Jameis Winston, as their defense let them down, and maybe lost them their season.

The Indianapolis Colts are now a 6-7 on the season, and all hope of them making the playoffs are extremely extremely small at the moment. The Colts have to win this game to maintain a chance at the playoffs. It will be interesting to see how Indianapolis comes off after a loss like that. Also banged up in injuries, as they don't know if they will have star wide receiver T.Y. Hilton for this game. At the moment, it doesn't look like he will play.

The New Orleans Saints are coming off a heartbreaking defeat to the San Francisco 49ers as they saw them lose on a Life last-second field goal by Robbie Gould in the game 48-46. The Saints did you throw out everything they put on offense to win the game, but the San Francisco 49ers balanced offensive was just a little bit too much, and Jimmy Garoppolo have one of his best games of his career.

The New Orleans Saints are now 11-3 on the season, and will likely need to win this game if they want to have a bye week in the playoffs. If the Saints come out the same firepower and determination that they did against San Francisco, they're going to win this game.

Indianapolis is 6-2-2 ATS in their most recent 10 road games
The over is 6-2 in Indy's last 8 games as the favorite
New Orleans is 4-1 ATS against an opponent playing with record below .500
The over is 5-1 in New Orleans' last six on Monday

The Saints are a terrific team, And will likely need this win if they want to get a big week in the NFC playoffs. However, the Colts are fighting for their playoff lives here, and have to have this win. As much as I think the Colts will put up a great fight, the New Orleans Saints are just too good at the moment and I think that the Saints will win. Final Score Prediction, New Orleans Saints win, 42 - 31.