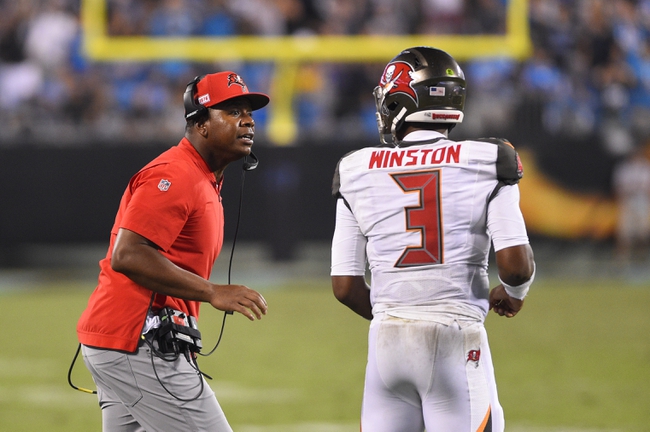 The New York Giants and the Tampa Bay Buccaneers will match up in NFL Week 2 activity on Sunday.

In the Buffalo loss, New York QB Eli Manning posted 250 yards with one TD and two picks, and Saquon Barkley had 107 yards and a score rushing. Bennie Fowler posted 51 yards on five catches as well.

In the Carolina win, Bucs QB Jameis Winston had 208 yards and a score, and Peyton Barber had 82 yards on the ground with a TD. Chris Godwin did most of the work receiving with 121 yards and a score from eight catches.

Well, this game is notable since it marks the debut of the Daniel Jones era in New York, and we’ll get to see what he looks like in an actual game scenario. This is probably a good place for him to start, as Tampa is okay but not super threatening. Still, at less than a touchdown I’m going to stick on the Bucs.