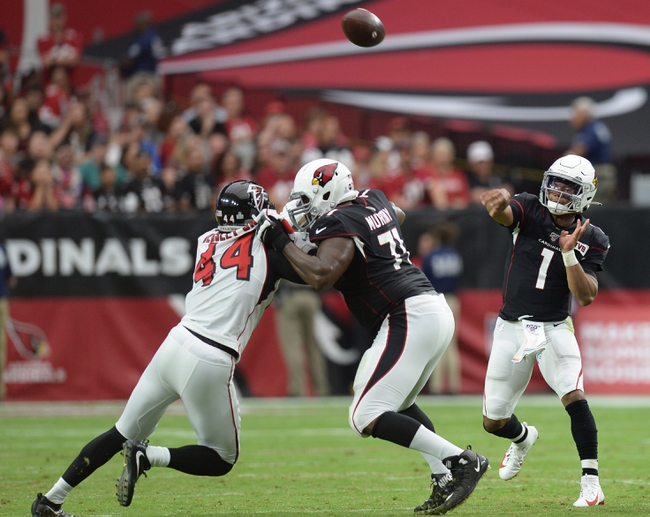 On Sunday, the Arizona Cardinals visit MetLife Stadium in East Rutherford, New Jersey to play the New York Giants. The Cardinals won their second straight by beating the Atlanta Falcons 34-33. Kyler Murray passed for 340 yards with three touchdowns in the win. The Cardinals were well in front of the Falcons, but Atlanta charged back to take the lead only to have Arizona rally and win.

New York lost its second straight after falling to the New England Patriots on Thursday Night Football 35-14. In the lopsided loss, Daniel Jones threw for 161 yards, one touchdown and three interceptions. Golden Tate led all Giants receivers with 102 yards and one touchdown. New York turned the ball over four times and gained just 213 total yards on offense.

Giants starting quarterback Daniel Jones has thrown for 921 yards, five touchdowns and six interceptions. The leading rusher for the Giants is Saquon Barkley with 237 yards and one touchdown. Evan Engram leads all receivers with 373 yards and two touchdowns. Antoine Bethea leads the Giants in tackles with 46.

The OVER has cashed in 5 of the Cardinals last 7

Although Saquon Barkley is expected to return for New York, do not expect the Giants to improve much offensively. Daniel Jones has thrown six interceptions in three starts and the offensive line is giving the rookie QB very little pass protection, The Cardinals have won two straight and Kyler Murray is making fewer mistakes at QB while becoming a much better NFL passer. Arizona has covered the number in 5 of its last 6 visits to MetLife Stadium. Final Score Prediction, Arizona Cardinals win and cover ATS 30-24