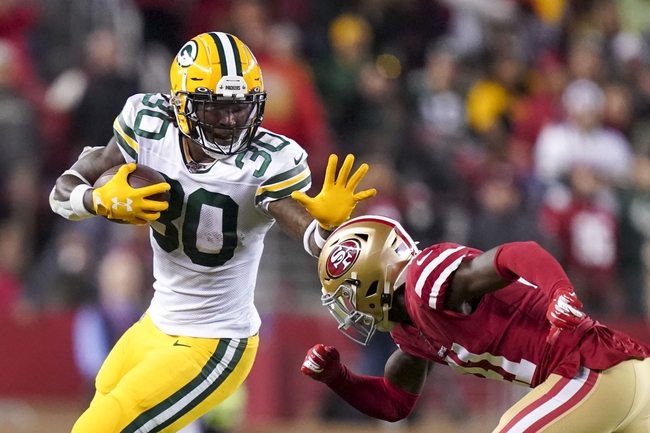 In the Giants loss to the Bears, New York was led on offense by quarterback Daniel Jones.  Jones was 21 of 36 for 160 yds and 2 touchdowns.  Jones hooked up with Kaden Smith and Golden Tate for the two scores.  The Giants led 7-3 going into the 3rd quarter, before being out scored 16-0 in the 3rd.  The Giants were out gained 335 to 243 in the game.  The Giants forced 2 turnovers, but also had a lost fumble of their own.

Packers are 4-0 ATS in their last 4 games following a SU loss.

Giants are 2-5 ATS in their last 7 games overall.

The Packers are 1-4-1 ATS in their last 6 meetings against the Giants.  The Giants have not looked very good for most of this season, having lost 7 in a row.  The Giants are averaging less than 20 points per game, while their defense is giving up 28 per game.  The Packers defense ranks in the top half of the league in fewest points allowed, at 22 per game.  The Packers have had some terrible games on the road, against San Francisco and the Los Angeles Chargers.  Packers will change that trend, and will come away with a win against a team that is struggling right now.  Final score prediction, Packers win and cover, 27-17.