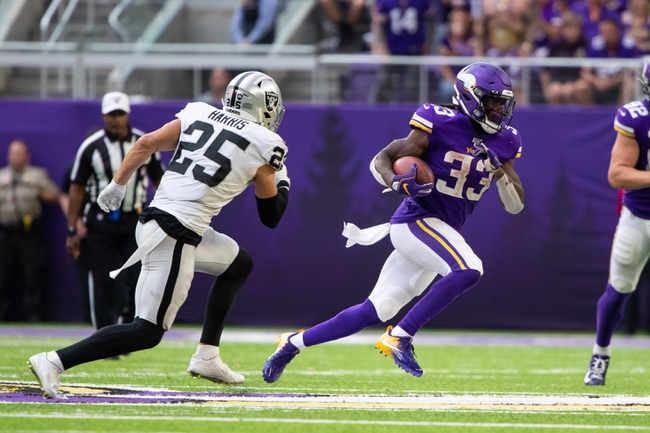 The Minnesota Vikings visit MetLife Stadium in East Rutherford, New Jersey on Sunday to play the New York Giants. The Vikings fell to 2-2 on the season following a 16-6 loss to the Chicago Bears. The Vikings Dalvin Cook was held to just 35 yards rushing after rushing for 110 or more in each of the first three weeks. The Vikings scored their only touchdown late in the fourth. Kirk Cousins threw for 233 yards but suffered six sacks.

Minnesota quarterback Kirk Cousins has thrown for 735 yards, three touchdowns and two interceptions. Dalvin Cook leads all Minnesota rushers with 410 yards and five touchdowns. The leading receiver is Stefon Diggs with 209 yards and one touchdown. Erik Kendricks leads Minnesota players in tackles with 33.

Giants starting quarterback Daniel Jones has thrown for 578 yards and three touchdowns. The leading rusher for the Giants is Saquon Barkley with 237 yards and one touchdown. Evan Engram leads all receivers with 331 yards and two touchdowns. Antoine Bethea leads the Giants in tackles with 29.

Minnesota played poorly against the Chicago Bears but has a strong defense that will keep the New York Giants and rookie quarterback Daniel Jones in check. The Vikings running game will take advantage of injuries to the Giants linebackers and Dalvin Cook will once again rush for over 100 yards making Kirk Cousins job under center all the easier as he looks for Stefon Diggs and Adam Thielen down field. Final Score Prediction, Minnesota Vikings win and cover ATS 27-17