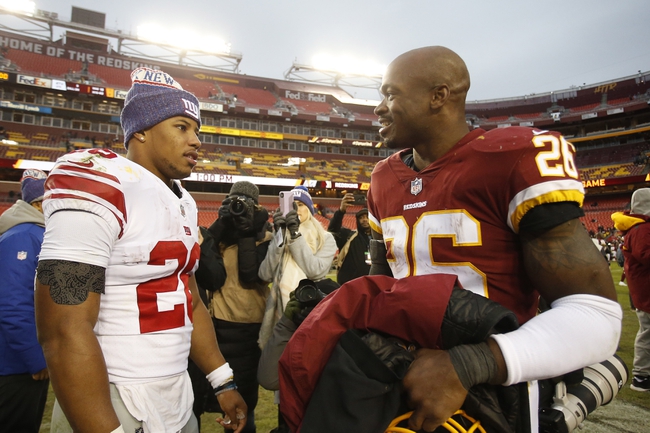 The New York Giants look for their first home win to get back to a .500 record. The New York Giants have lost seven of their last nine home games. Daniel Jones is completing 65 percent of his passes for 353 yards, two touchdowns and zero interceptions. Jones enters this game with 40 career pass attempts under his belt. Evan Engram and Sterling Shepard have combined for 419 receiving yards and three touchdowns while Cody Latimer has six receptions. The New York Giants ground game is averaging 117.3 yards per contest, and Saquon Barkley leads the way with 237 yards and one touchdown. Defensively, New York is allowing 31.5 points and 441 yards per game. Antoine Bethea leads the New York Giants with 26 tackles, Markus Golden has three sacks and Ryan Connelly has one interception.

The Washington Redskins have covered seven of their last 11 games as a road underdog. The New York Giants are 3-7-1 ATS in their last 11 games as a home favorite. The Redskins are coming off a rough performance against the Chicago Bears and are now preparing for this game on short rest and an offense that has dropped in production each of the last three weeks. The New York Giants are riding on cloud nine after a big comeback against the Tampa Bay Buccaneers and the encouraging play from quarterback Daniel Jones in his first career start. While it's just one game and the injury to Saquon Barkley does hurt, you can expect the Giants to have a little pep in their step this week after finally having something to cheer for and having a young QB who could possibly be a reliable option. While the jury is still out on the Giants, the Redskins haven't looked good for the most part. I'll lay the small chalk with the home team in New York.