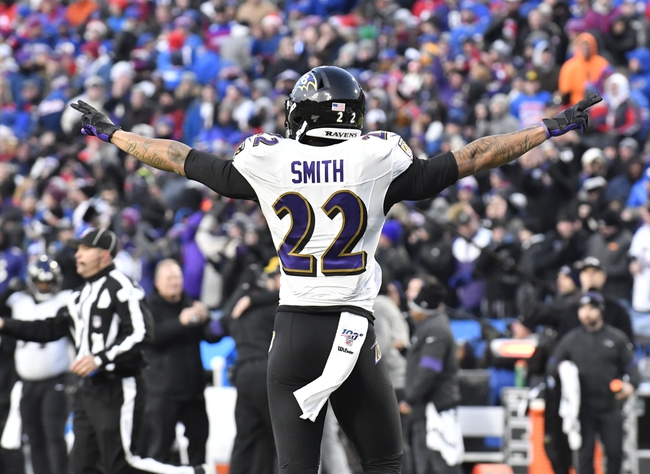 Fresh off of a playoff-clinching road win at Buffalo, the Baltimore Ravens (11-2) will look to continue to win to secure home-field advantage throughout the playoffs when they host the New York Jets (5-8) to M&T Bank Stadium on Thursday. The Ravens need two wins over the last three weeks to guarantee that home-field advantage, so this is no time for them to take their feet off of the gas.

After a week 4 loss to Cleveland by a score of 40-25, Baltimore has been unstoppable, winning nine games in a row and averaging 32.8 points per game along that stretch while playing elite defenses such as New England, San Francisco, Buffalo, and Pittsburgh. The Ravens are scoring 36.0 points per game over the last six games and have scored more than 40 points three times in the stretch. To go unbeaten in a stretch that featured Seattle, New England, Cincinnati, Houston, the Rams, San Francisco, and Buffalo is a feat in itself, but to maintain the No. 1 scoring offense in the NFL after playing that stretch of games is quite another.

In Sunday’s 24-17 win at Buffalo, a team desperately needing wins to keep pace with New England in the AFC East and a team that features the third-best defense in the NFL, MVP candidate Lamar Jackson managed the game at quarterback despite not putting up massive numbers. He completed 16-of-25 passes for 145 yards and three touchdowns, and he also carried the ball 11 times for 40 yards. Hayden Hurst caught three balls for 73 yards and a touchdown, and Mark Ingram carried 15 times for 50 rushing yards. But Baltimore’s defense held Buffalo quarterback to Josh Allen to 146 yards passing to outlast the Bills.

Jackson is his team’s leader in rushing in addition to passing. He joined Michael Vick as the only quarterbacks to have rushed for 1,000 yards in a season as Jackson’s 40 yards on Sunday pushed his total to 1,017 yards on the ground this season. He needs just 22 yards to catch Vick’s NFL record on Thursday night. Jackson has also completed 66.3 percent of his passes for 2,677 yards and 28 touchdowns with just six interceptions. Ingram needs just 113 yards to reach 1,000 rushing yards on the season as he has rushed 181 times for 887 yards and nine touchdowns. Ingram has been efficient on the ground, averaging 4.9 yards per carry. Mark Andrews is the team’s leader in receiving yards with 707 yards and seven touchdowns on 54 receptions.

The Jets surprisingly enters the game as one of the hottest teams in the NFL winning four of their last five games. Those wins have come against lesser competition like the Giants, Washington, Oakland, and Miami, but every win is legitimate in the NFL. The one loss in that stretch came against Cincinnati, which is the Bengals’ lone win this season. The road gets tougher from here on out, though, with road games at Baltimore and Buffalo as well as a home game against a resurgent Pittsburgh squad. Prior to that current hot streak, the Jets won just one of their first nine games.

Sam Ficken kicked a field goal on Sunday as time expired to secure the Jets’ 22-21 win over Miami. The drive leading to that field goal featured a rare video review pass interference penalty that was originally not called giving the Jets a first down while keeping the drive alive. Darnold completed 20-of-36 passes for 270 yards and two touchdowns and one interception to lead his team. Robby Anderson was Darnold’s favorite target, catching seven of those passes for 116 yards and a touchdown, while Bilal Powell carried the ball 19 times for 74 yards.

Despite missing three games due to injury earlier in the season, Darnold has still completed 62.2 percent of his passes for 2,424 yards and 15 touchdowns, although his 11 interception count is high. Le’Veon Bell, who missed Sunday’s game with an illness, is the team rushing leader with 589 yards for an average of just 3.2 yards per carry. He has also scored three touchdowns. Anderson and Jamison Crowder lead the Jets in receiving yards with 662 and 618 respectively.

A lot of this game rides on whether Jackson is able to play. The official NFL injury report lists Jackson as questionable due to a quad injury that was suffered in the win over Buffalo, and it also reports that head coach John Harbaugh said that the team will take a “wait-and-see approach” in dealing with the matter. Leading receiver and tight end Andrews is also listed as questionable with a knee injury. Baltimore is solid overall, but it looks a lot different with Jackson under center as opposed to Robert Griffin III, even though Griffin is better equipped to run this offense than any other in the NFL.

Whether Jackson plays probably won’t matter in picking this game. This game will likely be a low scoring affair with the Jets offense struggling to score against the vaunted Raven defense, and even if Jackson plays, a quick lead could see him head to the bench to rest for a good portion of the game. Three of Baltimore’s last four games have gone under the total, and the last three Jets games have gone under. So don’t worry about it Jackson is going to play or not -- just take the under.