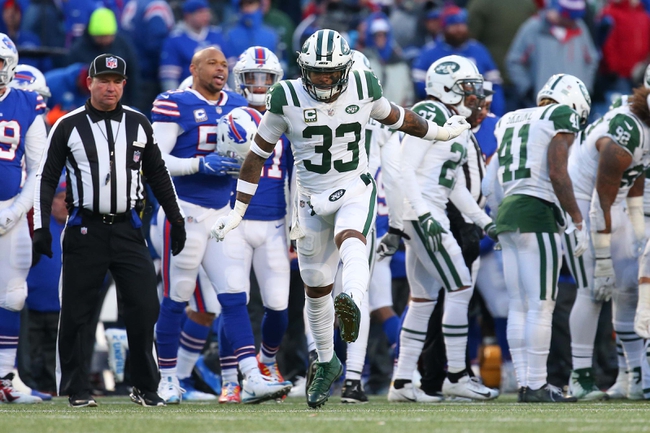 The Buffalo Bills have won no less than six games in each of the last eight years and hope a third year under coach Sean McDermott gets them over the hump. The Buffalo Bills have lost five of their last six road games. The Buffalo Bills have split their last eight regular season openers. The Bills were second last year in defensive yards allowed and return their top-six tacklers from that unit. Matt Milano will lead the linebacker corps after 13.5 tackles for loss and Jordan Poyer is coming off probably his best season with 100 tackles and four interceptions. In order for the Bills to take that next step the offense needs to seriously improve, and that starts with quarterback Josh Allen, who struggled mightily with accuracy and decision making. There’s talent around Allen in LeSean McCoy, Frank Gore, Zay Jones and Cole Beasley, it’s just a matter of making quicker decisions and taking care of the ball. The Bills could be a surprise team in the league this season if Allen can build on what was a shaky rookie season.

The New York Jets haven’t made the playoffs since 2010 and there’s questions with this franchise after hiring Adam Gase as head coach. The New York Jets have lost their last five home games. The New York Jets have won six of their last eight regular season openers. The Jets had few bright spots on either side of the ball last season, but the addition of Gase could help Sam Darnold at quarterback given his past success at the position. Adding Le'Veon Bell can only improve an offense and Jamison Crowder has been one of the more underrated receivers in the league these past couple of seasons. The talent is there, it’s a matter of Gase making the most of his second chance at head coach and proving his stop in Miami wasn’t exactly his fault. The Jets defense should improve with the addition of C.J. Mosley at linebacker, as he’ll take a lot of pressure off the rest of the unit while making sure guys are in the right spot. I’ve seen nothing to suggest Gase is a capable head coach in this league, but there’s enough on this Jets roster for them to be a wild card contender, so if he is, he should have success right off the bat.

The Buffalo Bills have won six of the last 10 meetings against the Jets and the road team has won five of the last 10 meetings. With that said, the Jets are a more stable team with a lot more talent on both sides of the ball than they had last year. The Bills are solid defensively and have added weapons around Allen, but I'm not sold on him being a difference maker at all in this league. Granted, I'm not convinced Gase is an NFL head coach and Darnold needs to answer questions as well, but the Jets upgraded at key positions during the offseason and they should be eager to set the tone at home in their season opener. I'll lay the reasonable chalk with the Jets.