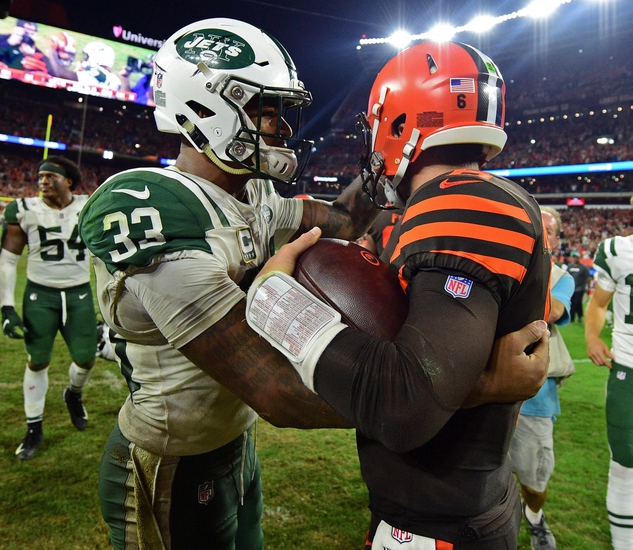 The Cleveland Browns and the New York Jets will match up in Week 2 NFL activity on Monday evening.

The Browns are 0-1 in the early-going after falling 43-13 to the Titans. Cleveland mustered just six points in the first half of that one, and coughed up 31 points in the third and fourth quarters.

Over on the Jets’ side, they’re 0-1 as well following a 16-point blown lead against the Bills and a 17-16 defeat. New York gave up 14 unanswered points in the fourth quarter there.

Cleveland isn’t as bad of a team as they looked in Week 1; it’s more likely they were simply victims of overconfidence and overhype. I expect them to look much better here.

As for New York, it doesn’t get much more Jets-y than blowing a 16-point home lead to the Bills, so that’s exactly what they did. Gang Green has a LOT more work to do and I don’t think they’ll figure it out this week--especially with all the injuries and absences happening in New York right now. I’m going Browns.