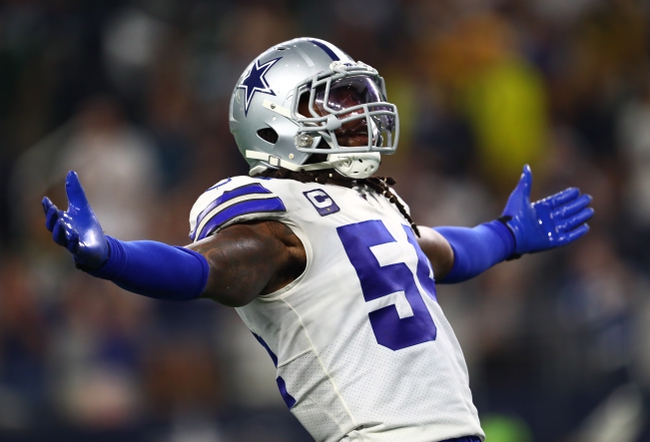 The Dallas Cowboys will travel to East Rutherford, N.J. to take on the New York Jets on Sunday.

The Jets offense has been downright pathetic since quarterback Sam Darnold went out with a bout of mononucleosis. Without Darnold, New York averaged scoring just more than a touchdown a game and lost all three games by more than two touchdowns. But the Jets most certainly are a different team with Darnold than without. In his one-plus season in the NFL, the Jets are averaging 21.7 points per game with Darnold and just 11.3 per game without.

How much will Darnold returning actually impact this game? Maybe not much. This is a Cowboys team that will hit the road looking to make everyone forget about their two straight losses after a 3-0 start. The losses were both somewhat close and against two of the best in the NFL (New Orleans and Green Bay), but Dallas doesn’t look nearly as strong after those two losses and looking in retrospect to who the Cowboys beat in Miami, Washington, and the Giants.

It’s been tough to score on Green Bay for everyone this year and New Orleans has allowed some points but they have come against some of the best offenses in the league like Houston, Seattle, and Tampa Bay, all in the top 10 in scoring offense. So Dallas has shown that it can score against the mediocre defenses and the Jets count as exactly that at 23rd in the NFL in scoring defense. The Jets are especially vulnerable against the pass and Dak Prescott are fourth in the NFL in passing offense.

Don’t take two losses against two of the best teams in the NFL and lower that initial positive first impression that most had of the Cowboys. Even though the game is on the road, Dallas is still an elite team. And the Jets are not. Don’t overthink it: Darnold will return and the Jets will look better. But they won’t stay within a touchdown of the Cowboys.