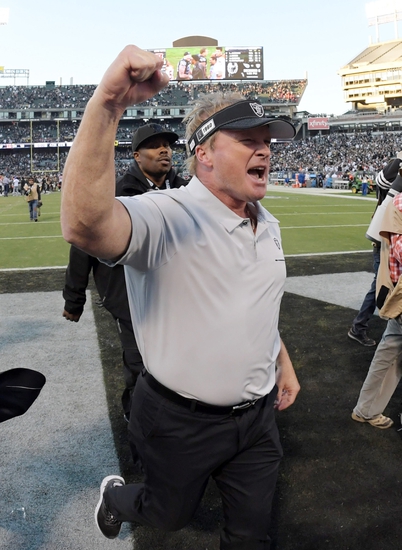 In the Raiders win over the Bengals, Oakland was guided by Derek Carr.  Carr was nearly perfect on the day, completing 25 of 29 for 292 yds, 1 touchdown and 1 pick.  Carr's touchdown pass went to Foster Moreau for a 2yd score.  Josh Jacobs rushed for 112 yds on 23 carries.  The Raiders out gained the Bengals 386 to 246.  The raiders controlled the time of possession, over 35 minutes to less than 25 minutes.

In the Jets win over the Redskins, New York was led offensively by quarterback Sam Darnold.  Darnold completed 19 of 30 passes for 293 yds, while throwing 4 touchdowns and 1 interception.  Ryan Griffin added 5 receptions for 109 yds and a score.  The Jets led 20-3 going into the 4th quarter.  The Jets were able to get to 400 yds of total offense, while only giving up 225.  The Jets held the Redskins to just 54 yds rushing.

Raiders are 5-2 ATS in their last 7 games overall.

The over is 6-2 in Raiders last 8 games overall.

Both teams have won consecutive games in a row.  Raiders are on a 3 game win streak, while the Jets have won 2 in a row.  The Raiders have found themselves looking at making a playoff appearance, if they can keep things rolling.  This is a game the Raiders can not afford to lose, if Oakland does in fact want to make the playoffs, which they do.  The Jets have won their last 2 games, but the competition level has been below average.  The jets are only averaging 16.40 points per game and I just can't see this team winning 3 games in a row.  The Raiders will have to resort to more passing in this game, as the Jets have the best rush defense in the league.  Final score prediction, Raiders cover, 24-20.