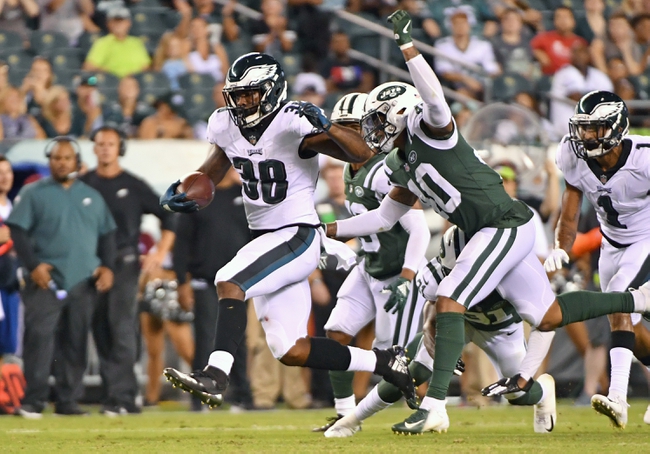 The Philadelphia Eagles are 1-2 in preseason action after a 15-26 loss to the Baltimore Ravens. Josh McCown and Cody Kessler combined for 226 passing yards and two touchdowns. Corey Clement led the Eagles with 25 yards on seven carries, while JJ Arcega-Whiteside had 104 receiving yards and one touchdown on eight receptions. Defensively, T.J. Edwards led the Eagles with eight tackles, Rodney McLeod had one tackle for loss and L.J. Fort had two tackles for loss. The Philadelphia Eagles will find out who they truly are when quarterback Carson Wentz is on the field, so you can take these past restyles with a grain of salt. As long as Wentz is healthy and ready to go when the regular season begins, the Eagles are a legit threat in the NFC and a team worth getting behind in the betting market. The Philadelphia Eagles have lost five of their last seven preseason games.

The New York Jets are 1-2 in preseason play after a 13-28 loss to the New Orleans Saints. Sam Darnold and Davis Webb combined for 153 passing yards and one touchdown. Trenton Cannon led the Jets with 51 yards on six carries, while Robby Anderson had 60 receiving yards on two receptions. Defensively, James Burgess Jr. led the Jets with seven tackles, Brandon Bryant had one sack and Brian Poole had one tackle for loss. The New York Jets have had trouble defensively in two of their three games and are coming off a contest where they allowed 22 first downs and 5.6 yards per play. Including this week, the New York Jets won’t have to travel for a road game until September 22, so there’s a lot of homecoming in the future for this team. The New York Jets have lost five of their last six preseason games.

The New York Jets have been up and down defensively this preseason, but they should have success against an Eagles team that's a bit banged up offensively and lacks quarterback depth. Webb has shown flashes this preseason at QB and could have a big impact in a more expanded role. Neither of these teams have had much success in recent preseason matches, but I'll lay the small chalk with the Jets at home.