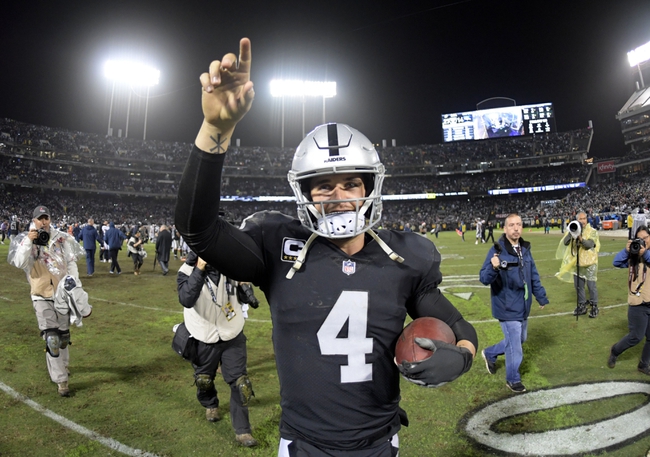 The Denver Broncos and the Oakland Raiders meet in a week 1 AFC West division matchup in NFL action from the Oakland Coliseum in the second half of the opening week Monday Night doubleheader.

The Denver Broncos will look to start the season on a high note after finishing the preseason with a 20-7 win over Arizona last time out. Kevin Hogan threw for 138 yards, a touchdown and a pair of interceptions on 12 of 23 passing while Brett Rypien threw for 86 yards and a pick on 8 of 11 passing. Khalfani Muhammad rushed for 70 yards on 11 carries while Devontae Jackson took his 11 carries and turned them into 42 yards and a touchdown. Fred Brown had a team-high 66 receiving yards and a touchdown while River Cracraft had a team-high 6 receptions and Juwann Winfree had 3 receptions for 46 yards. Defensively, the Broncos forced and recovered a pair of fumbles, while Alijah Holder had an interception and Malik Reed had two of Denver’s three sacks as a team in the win. Holder also tied Josh Watson for the team-high with 4 tackles in the victory.

The Oakland Raiders will look to bounce back from their first loss of the preseason in their last outing with a 17-15 loss to Seattle, finishing the preseason at 3-1. Nathan Peterman went 20 of 27 for 158 yards while Mike Glennon threw for 78 yards on 9 of 13 passing. Mack Brown rushed for a team-high 79 rushing yards while James Butler accounted for the lone Oakland TD in the losing effort. Keelan Doss and Keon Hatcher shared the team lead with 6 receptions with Doss logging 63 receiving yards while Hatcher had 54. Marcell Ateman also had 5 grabs for 49 yards in the losing effort. Defensively, Kyle Wilber, Gabe Wright and Ethan Westbrooks each had a sack while Te’Von Coney, Makinton Dorleant and Jason Cabinda each had 3 tackles to lead the Raiders.

Oakland will once again come into the season with a ton of optimism with the likes of Antonio Brown coming in to help with the offense, but I can’t help but feel that there’s some legitimacy to this helmet issue that AB’s been dealing with. Also, Carr is a decent QB, but Denver’s defense is still one of the better defensive units in the NFL, especially the secondary and the linebacking corps. The offense leaves a lot to be desired, as the Broncos will eventually transition from a rental like Joe Flacco to eventually groom and be replaced by Drew Lock. The Broncos will have their issues, but I feel like this like has dropped to a pick ‘em for a reason, so I’ll side with the Broncos for the victory on the road in this one.