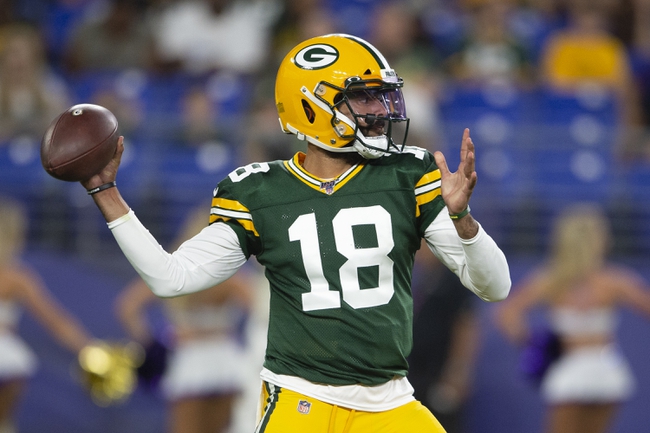 The Green Bay Packers and the Oakland Raiders meet in week 3 NFL preseason action from IG Field on Thursday night.

The Green Bay Packers looking to bounce back from their first loss of the preseason, falling back to .500 with a 1-1 record following a 26-13 loss to Baltimore last time out. Tim Boyle saw the bulk of the workload, going 12 of 21 passing with 107 yards and a touchdown while DeShone Kizer threw for 70 yards on 5 of 10 passing. Darrin Hall led the Pack with 31 rushing yards while Allen Lazard and Jake Kumerow each had 3 grabs with Lazard leading the way with 63 yards to Kumerow’s 52. Darrius Shepard also had 3 receptions with the team’s lone touchdown in the losing effort. Defensively, Reggie Gilbert had a sack and Curtis Bolton had an interception while Ty Summers and Chandon Sullivan each had a team-high 4 tackles.

I can understand Green Bay being favored here because the starters tend to see more playing time as the preseason goes on, but the Pack struggled to get much going when they were playing Baltimore last time out. Oakland will probably struggle in the regular season, but there’s no denying the kind of results that the offense has produced through the first two preseason games and I think getting a free field goal with the Raiders at home is worth a look.