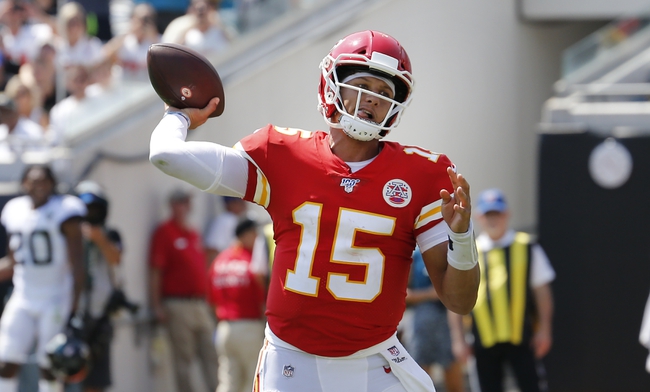 The Kansas City Chiefs and the Oakland Raiders will meet up on the NFL circuit in Week 2 action on Sunday.

Kansas City is coming out of an opening-week win 40-26 over the Jaguars. The Chiefs were up 23-13 at halftime in that one and outscored Jacksonville 17-13 the rest of the way.

Chiefs running back LeSean McCoy did well in his KC debut, posting 81 yards on 10 carries. Sammy Watkins also had a stellar day for the Chiefs, catching nine passes for 198 yards and three touchdowns.

Over on the Raiders’ side, they played a late “Monday Night Football” game against the Broncos in Week 1. In that game, Oakland posted a pretty good showing and logged a 24-16 victory.

Kansas City came out of the gate strong, and even against a not-so-good Jacksonville team their numbers were still strong. As for Oakland there’s really not a whole lot of hope for a successful season there but we may see a few more surprises along the way.

Still, anything under a double-digit line and I’m on KC here.