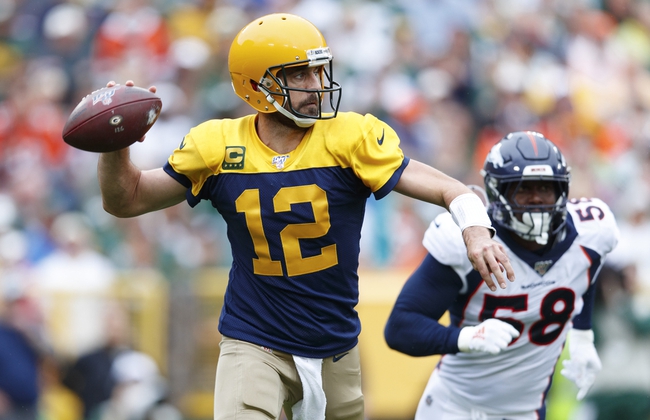 The Philadelphia Eagles and the Green Bay Packers will meet up in Week 4 NFL action Thursday.

In the win over Denver, Green Bay QB Aaron Rodgers had 235 yards with a TD. The score went to Marquez Valdez-Scantling, who caught six balls for 99 yards. Jamaal Williams led the rush there with 59 yards on 12 totes.

Philly’s record isn’t good so far this year, but the silver lining is that they’ve been in both their losses, losing by a combined seven points. Still, they’re going to have their hands full at Lambeau against what’s been a better-than-anticipated Packers team.

This should be a usual sloppy Thursday game, and the short turnaround favors the home team. I’m going to stick with Green Bay on this one so long as the line stays below a TD or so.