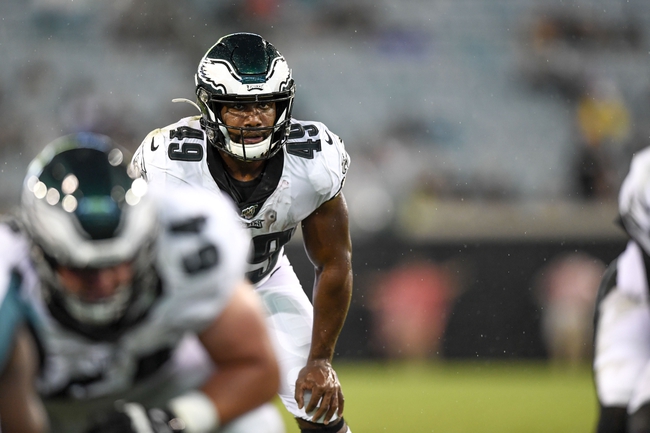 The Baltimore Ravens and the Philadelphia Eagles will match up for NFL preseason Week 3 action on Thursday.

Baltimore is coming off a solid 2018 regular-season campaign, finishing 10-6 and capturing the AFC North Division title. The Ravens’ postseason ended early with a Wild Card Playoff loss to the Chargers, however.

So far this preseason, the Ravens are looking pretty solid and scoring very well. Baltimore took a 29-0 shutout win over the Jaguars in Week 1, then took out the Packers 26-13 last Thursday in another big performance.

Over on the Eagles’ side, they’re fresh out of a 2018 that saw the team finish 9-7 in the regular season and second place in the NFC East. Philly won the Wild Card Playoff game against the Bears but fell in the Divisional round to the Saints.

Philadelphia dropped their preseason opener this year 27-10 to the Titans, but then bounced back in the second game with a 24-10 victory over the Jaguars.

The Eagles will come into the season with a bit of positive momentum after turning around a bad start to the 2018 campaign and making the playoffs for a second straight year.

Philly will have to get through Baltimore first however, and these teams have gained a bit of familiarity through practices this week. With the starters hanging around for a while in this game, I have to lean toward Baltimore here, as they’ve shown some solid chemistry thus far in the preseason. Give me the Ravens.