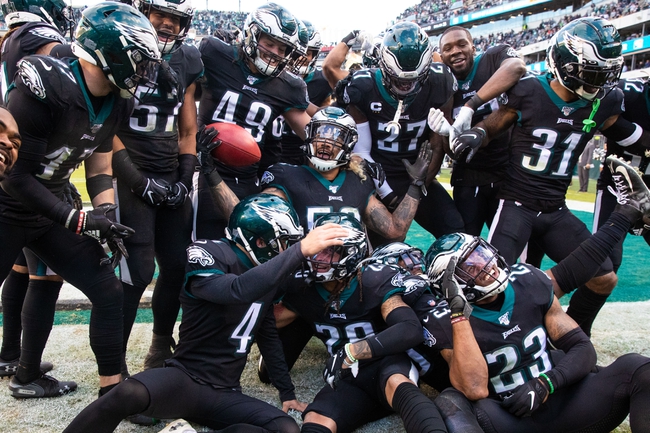 In the loss to the Ravens, the Patriots saw Tom Brady complete 30 of 46 attempts for 285 yds, while throwing 1 touchdown and interception.  James White added 38 yds rushing on 9 carries and a score.  Mohamed Sanu found the end zone on a 4 yd pass from Brady, this was Sanu's first touchdown as a member of the Patriots.  The patriots were out gained 372 to 342.  The Patriots also list a fumble in the game.

During the Eagles win over the Bears, the Eagles were guided by Jordan Howard.  The former Bears running back rushed for 82 yds on 19 carries and a score.  Carson Wentz was 26 of 39 for 239 yds and a touchdown.  The Eagles smoked the Bears in total yds, 373 to 164.  The Eagles led 12-0 at the half.  The Eagles held the Bears to just 62 yds rushing on 18 attempts en route to the win.

Patriots are 5-2 ATS in their last 7 road games.

The under is 5-1 in Patriots last 6 road games.

The Eagles are 6-1 ATS vs. a team with a winning record.

The patriots have struggled in this head to head matchup against the spread.  Patriots are 1-4 during the last 5 against the spread.  It is hard to not side with the Patriots in this one, it is not all that often the Patriots lose back to back games with Tom Brady under center.  The road team is also 4-0 ATS in this series.  The Eagles will make this a game at home, but the Patriots get a late touchdown to give them the cover.  Final score prediction, Patriots win and cover, 27-20.