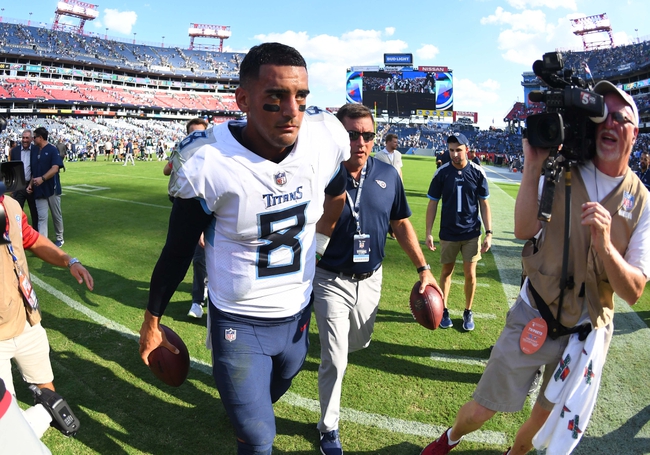 The Tennessee Titans enter the preseason with a bunch of injuries, but the key for this franchise will be keeping Marcus Mariota upright and avoiding another injury. A healthy and consistent Mariota for a change would do wonders for what could be a surprise team in the AFC this season. Ole Miss rookie wide receiver A.J. Brown has received a lot of attention up to this point and many believe he could be an instant star in this offense. The position to watch for the Titans is nose tackle, especially with Jurrell Casey being placed on the Physically Unable to Perform list. That means Matt Dickerson, Isaiah Mack and Jeffery Simmons have a chance to earn meaningful minutes. The Tennessee Titans have lost each of their last six preseason games.

The Philadelphia Eagles are another team that has to hope its quarterback is healthy come regular season time, as Carson Wentz is on a throw count and there’s no telling how many reps he’ll get during the preseason. The Eagles have talent across the board, but none of it really matters if Wentz isn’t 100 percent and ready to be a consistent contributor. The key position battles to watch are at running back with Darren Sproles, Jordan Howard and Corey Clement fighting for touches. Linebacker is also a wide open competition with Nigel Bradham, Kamu Grugier-Hill and Nathan Gerry looking for expanded roles. The Eagles also have six returning cornerbacks who started games last year, so you can expect there to be a feisty competition in the backfield as well. The Philadelphia Eagles have lost four of their last five preseason games.

The Tennessee Titans have a capable backup quarterback in Ryan Tannehill, who is sure to get the bulk of the reps in this contest, so taking free points is worth considering. The Philadelphia Eagles also probably aren't playing Wentz as he continues to work his way into playing shape, which means you're getting a lot of Nate Sudfeld and Clayton Thorson. With that said, the Eagles are deep defensively and are the type of team that can muscle their way to victory with physical football and a few turnovers. I would love to get the hook off this field goal, but I'm leaning toward the Eagles regardless.