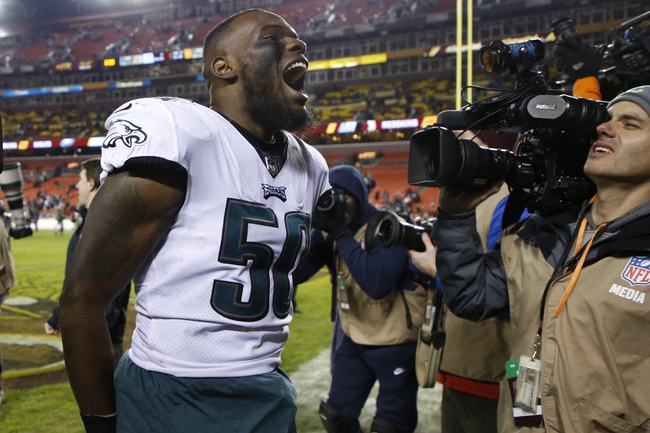 The Washington Redskins and the Philadelphia Eagles will match up in Week 1 NFL action on Sunday, September 8.

The Redskins started out pretty well in 2018, going 6-3 over their first nine games. After the Alex Smith injury the team dropped four straight and ended up at 7-9, leaving the Redskins in third place in the NFC East.

This preseason, the Redskins came out of the gate with two straight losses, dropping to the Browns and Bengals. Washington got a win in Week 3 against the Falcons 19-7, then in the final preseason game against the Ravens the Redskins lost 20-7.

Over on the Philadelphia side, they started out a little rough last year but still managed a 9-7 record and a Wild Card berth. The Eagles won the Wild Card game versus the Bears but fell in the Divisional Playoffs to the Saints.

The Eagles managed a 24-10 win over the Jaguars in Week 2 of the preseason but otherwise fell to the Titans and Ravens. In Week 4 versus the Jets, Philadelphia fell in a pretty flat 6-0 loss.

This is something of an important game right out of the gate for both teams as they try to make a statement in their division. Realistically however, the Eagles seem to have the advantage in most areas and should take this one. If the line inflates too much more I might look at the Redskins again but for now I’m on Philly.