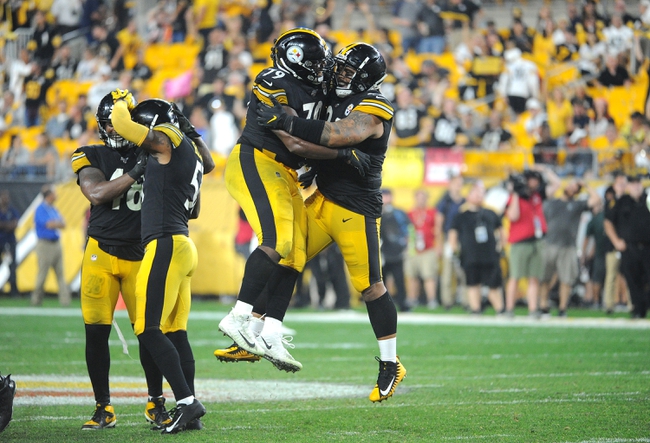 The Baltimore Ravens are set to visit Heinz Field in Pittsburgh, Pennsylvania for an AFC North clash against the Pittsburgh Steelers. The Baltimore Ravens come into this matchup with a 2-2 record, and they will be looking to rebound after dropping their recent home game against the Cleveland Browns, 40-25. QB Lamar Jackson struggled to find much consistency through the air for the Ravens as he threw for 247 yards, 3 TDs, and 2 interceptions. RB Mark Ingram had a solid game on the ground for the Ravens as he racked up 71 yards on 12 carries.

The Baltimore Ravens struggled on the defensive side of the ball against the Cleveland Browns as they allowed them to score 40 points and rack up a total of 530 yards of offense. Eric Thomas II led the way for the Baltimore defense with 8 tackles from the secondary. Maurice Canady had a solid game in the secondary for the Baltimore Ravens as he hauled in the lone interception of the game. 3rd-year pro Tyus Bowser contributed the lone sack of the game for the Ravens.

The Pittsburgh Steelers come into this matchup with a 1-3 record, and they will be looking to continue their success after winning their recent home game against the Cincinnati Bengals, 27-3. QB Mason Rudolph had an efficient game for the Pittsburgh Steelers as he connected on 24 of his 28 pass attempts for 229 yards and 2 TDs. James Conner had an efficient game out of the backfield for the Steelers as he racked up 83 receiving yards and a TD on 8 catches.

The Pittsburgh Steelers were very good on the defensive side of the ball against the Cincinnati Bengals as they held them to 3 points and a total of 175 yards of offense. Mark Barron led the way for the Steelers with 11 tackles, 1 TFL, and an interception. Devin Bush was able to get into the Bengals backfield a handful of times as he contributed 9 tackles, 3 TFL, and a sack while Cameron Heyward racked up 2.5 sacks.

The Baltimore Ravens have dominated the number against the Pittsburgh Steelers as they have gone 6-2-1 ATS in their last 9 meetings. The Baltimore Ravens started off the season looking like one of the best teams in the AFC, and I still believe that holds true as they have an electric offense. The Steelers have been amazing on the defensive side of the ball over the last 2 games, but their offense has been questionable due to a backup QB taking over. The Ravens are able to do a lot of different things with QB Lamar Jackson, and I don’t think the Steelers have the athletes to keep him in check here. Expect the Ravens defense to play a better game after giving up 40 points at home.