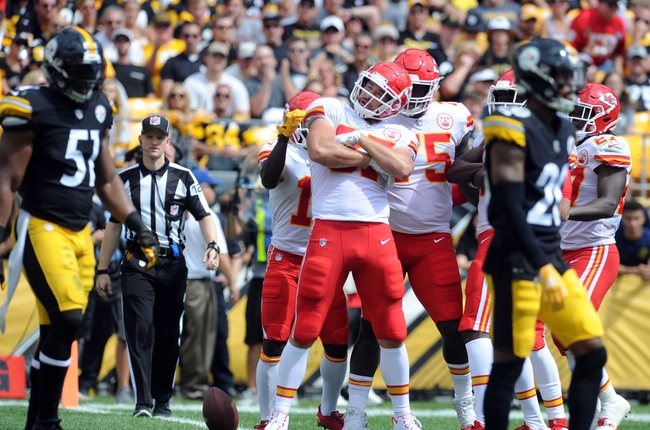 The Kansas City Chiefs are coming off a 38-17 beatdown of the Cincinnati Bengals in their preseason opener. Chase Litton and Kyle Shurmur combined for 199 passing yards, three touchdowns and one interception. Josh Caldwell led the Chiefs with 59 yards and one touchdown on four carries, while Blake Bell had 37 receiving yards on two receptions. Defensively, Darron Lee led the Chiefs with eight tackles, Tanoh Kpassagnon had one sack and Derrick Nnadi had one tackle for loss. The Kansas City Chiefs got whatever they wanted offensively, averaging 6.3 yards per play and scoring at least seven points in all four quarters. It just goes to show the creativity of this coaching staff and how Andy Reid can be effective no matter who is on the field. The next step for the Chiefs is to prove this defense is capable of being Super Bowl worthy. The Kansas City Chiefs have won five of their last eight preseason games.

The Pittsburgh Steelers beat the Tampa Bay Buccaneers in their preseason opener, 30-28. Mason Rudolph and Joshua Dobbs combined for 176 passing yards and two touchdowns. Dobbs led the Steelers with 44 yards on two carries, while James Washington had 84 receiving yards and one touchdown on four receptions. Defensively, Devin Bush led the Steelers with 10 tackles, Ulysees Gilbert III had 1.5 sacks and Mark Barron had one tackle for loss. The Pittsburgh Steelers were going to cruise to a blowout victory and easy cover, but they allowed two touchdowns in the final five minutes to make the game closer than it actually was. Still, the Steelers were able to win a game in which they allowed 31 first downs and 479 yards of total offense. You know Mike Tomlin and this Steelers staff are going to preach defensive effort and finishing strong all week. The Pittsburgh Steelers have won seven of their last nine preseason games.

Andy Reid is usually conservative with who he plays in the preseason and how much, and with the Kansas City Chiefs knowing what they have already, don't expect guys to get expanded workloads. The Pittsburgh Steelers were highly effective in their preseason opener and they have a true backup QB battle between Rudolph and Dobbs, which usually brings the best out of teams. The Steelers at home in a pick em may be one of the better bets in week two of the preseason.