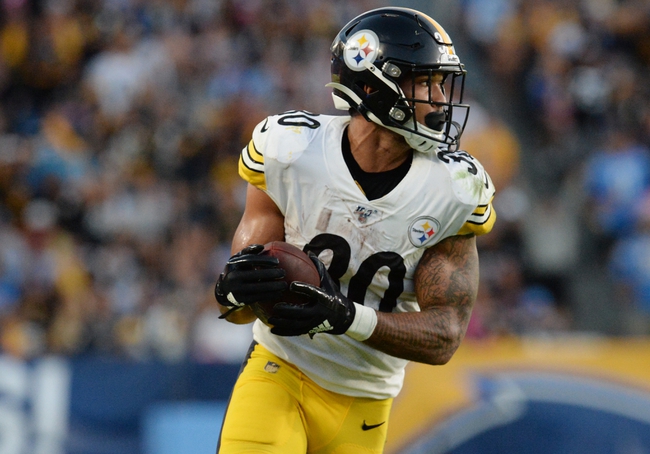 The Miami Dolphins are set to visit Heinz Field in Pittsburgh, Pennsylvania for an AFC clash against the Pittsburgh Steelers. The Miami Dolphins come into this matchup with a 0-6 record, and they will be looking to rebound after dropping their recent road game against the Buffalo Bills, 31-21. QB Ryan Fitzpatrick had a solid game through the air for Miami as he contributed 282 yards, 1 TD, and 1 interception. WR Preston Williams was the top target for Fitzpatrick and the Dolphins as he hauled in 6 catches for 82 yards.

The Miami Dolphins struggled on the defensive side of the ball against the Buffalo Bills as they allowed them to score 31 points and rack up a total of 305 yards of offense. LB Raekwon McMillian led the way for the Miami defense with 6 tackles and 1 TFL. DE Taco Charlton has been a great addition for the Dolphins, and he proved that by picking up his 3rd sack of the season. The Miami Dolphins were unable to force a turnover in this game which is a recipe for losing.

The Pittsburgh Steelers come into this matchup with a 2-4 record, and they will be looking to continue their success after winning their recent road game against the Los Angeles Chargers, 24-17. QB Devlin Hodges had a productive game for the Steelers as he connected on 15 of his 20 pass attempts for 132 yards, 1 TD, and 1 interception. RB James Conner had an all-around productive game for Pittsburgh as he hauled in 7 catches for 78 yards and a TD while also pitching in a rushing TD.

The Pittsburgh Steelers were solid on the defensive side of the ball against the Los Angeles Chargers as they held them to 17 points while forcing 3 turnovers. LB Devin Bush led the way for the Pittsburgh defense with 7 tackles while also contributing an interception and a fumble recovery. CB Cameron Sutton had a productive game from the secondary for the Steelers as he pitched in 3 pass deflections and an interception.

The Pittsburgh Steelers have struggled with consistency at the QB position this season as they have had 3 different starting QBs, but they should have no problem destroying a defense who is allowing an average of 35.2 PPG. The Pittsburgh Steelers will look to control the ball with a steady ground attack, but we can’t forget about one of the top WRs in the NFL in JuJu Smith-Schuster which causes fits for opposing defenses and their scheme. The Steelers are only 2-4 on the season, but their defense has been fairly solid with the addition of rookie LB Devin Bush and veteran Mikah Fitzpatrick. The Dolphins are clearly the worst team in the league, and it is a hard spot for them on the road on Monday Night Football.