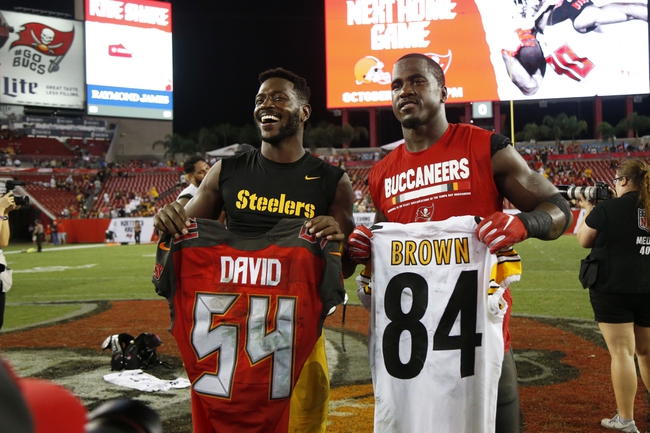 The Tampa Bay Buccaneers will begin the Bruce Arians era in this preseason game, as the two-time coach of the year returns after a two year hiatus since leaving the Arizona Cardinals. We know the Bucs have their flaws, but the preseason focus should be on the safety position and right guard. Mike Edwards has a chance to earn a starting role with Justin Evans on the PUP list and Jordan Whitehead could earn the other starting job if he plays to his potential. The right guard spot could be a battle between Caleb Benenoch, Alex Cappa and Earl Watford, but it’s Cappa who was the third round pick and should be given every chance to prove himself. If the Buccaneers can settle those two positions, this should be considered a successful preseason. The Tampa Bay Buccaneers have lost five of their last eight preseason games.

The Pittsburgh Steelers have a good team on paper once again that should compete for a playoff spot, so it’s really about fine-tuning the small details and figuring out depth. Finding the guy who can fill the No. 2 wide receiver role will be key, as Ryan Switzer, James Washington, Eli Rogers and Donte Moncrief all have the ability to emerge from this talented group. Mason Rudolph should also be putting pressure on Josh Dobbs this season for the backup QB role. It’s also going to be exciting to see Michigan rookie linebacker Devin Bush in action, and he’ll have a chance to earn a starting role, but I’m sure a veteran in Mark Barron, somebody with 93 career starts to his name, won’t allow it to be easy. The Pittsburgh Steelers have won six of their last eight preseason games.

The Tampa Bay Buccaneers have a new head coach they have to adjust to, and I'm not trying to place my money on a team where Blaine Gabbert is likely going to see the bulk of the reps at quarterback. The Pittsburgh Steelers have a lot of talented young guys in their second units on both sides of the ball, and they have a true backup quarterback battle between Dobbs and Rudolph. Competition usually brings out results in preseason games. I'll lay the small chalk with the Pittsburgh Steelers.