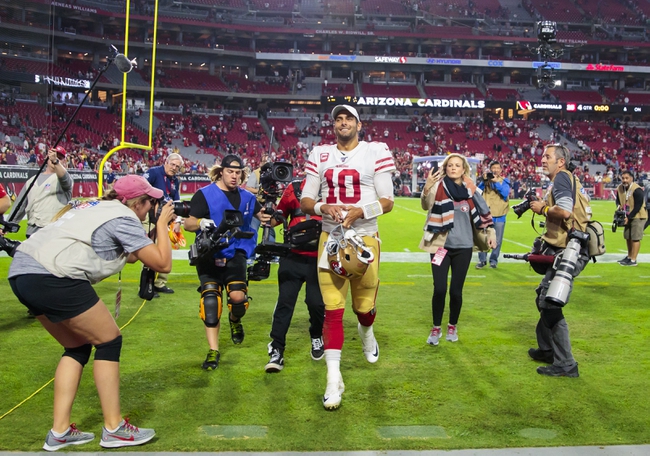 The Arizona Cardinals travel to a divisional foe, the San Francisco 49ers.  The Cardinals are (3-6-1) thus far and most recently lost to the Tampa Bay Buccaneers, 30-27.  The 49ers suffered their first loss to the Seattle Seahawks on Monday Night Football, 27-24.  The overtime loss dropped the 49ers record to (8-1).

In the road loss to the Buccaneers, the Cardinals were guided by Kyler Murray.  Murray completed 27 of 44 passes for 324 yds, while throwing 3 touchdowns and an interception.  Murray also rushed for 38 yds.  Christian Kirk added 138 yds receiving on 6 receptions, while finding the end zone 3 times.  The Cardinals finished the game with 417 yds of offense.  The Cardinals did have 2 turnovers.

During the 49ers first loss, the 49ers led 10-0 after the first quarter.  49ers kicker Chase McLaughlin tied it up as time expired, making a 47 yd field goal to send the game to overtime.  The teams used every second of overtime, as the Seahawks kicked the game winner as time ran out.  Jimmy Garoppolo was 24 of 46 for 248 yds, while throwing 1 touchdown and 1 interception.  There were 7 turnovers between the two teams.

Cardinals are 5-1 ATS in their last 6 games overall.

The over is 5-1 in Cardinals last 6 games in November.