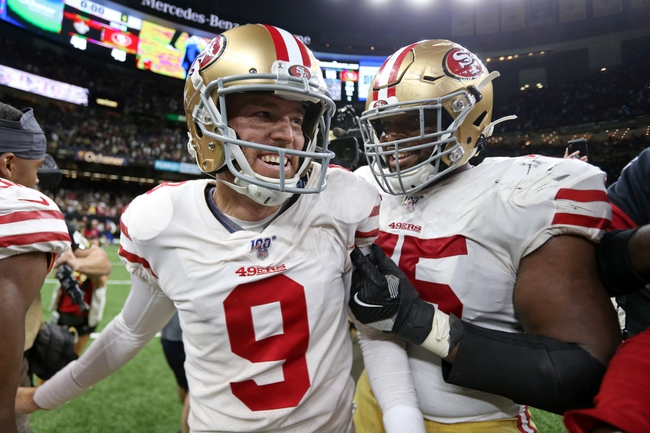 The Atlanta Falcons go to Santa Clara, California to take on the San Francisco 49ers on Sunday at Levi's Stadium. The Falcons are coming off a gigantic victory over the Carolina Panthers. Fight for the rest of the season, but a huge win over division rival was impressive enough to make Falcons fans happy for a week. The Falcons dominated the Panthers, when the game 40-20
40-20.

Despite the impressive win over the Carolina Panthers, the Atlanta Falcons have had another disappointing season, as they sit 4-9 on the season, and last in the NFC South. To make matters worse in the impressive win, the Atlanta Falcons lost cornerback Desmond Trufant to a broken forearm. Not much is going right in Atlanta, but going on a winning streak to end the season they give the fans some hope for next year.

The Atlanta Falcons are able to throw the ball very well, as their second in all the NFL in passing yards per game. However, if Richard Sherman is playing in this game for San Francisco, that takes out one by receiver each play. San Francisco have had maybe the most impressive defense all year, and that is due to a combination of terrific pass rush from Nick Bosa and the defensive line, and a terrific secondary led by Richard Sherman. As the 49ers are attempting to get a playoff bye, this game matters much more and I see them winning here. Final Score prediction, San Francisco 49ers win, 38 - 17.