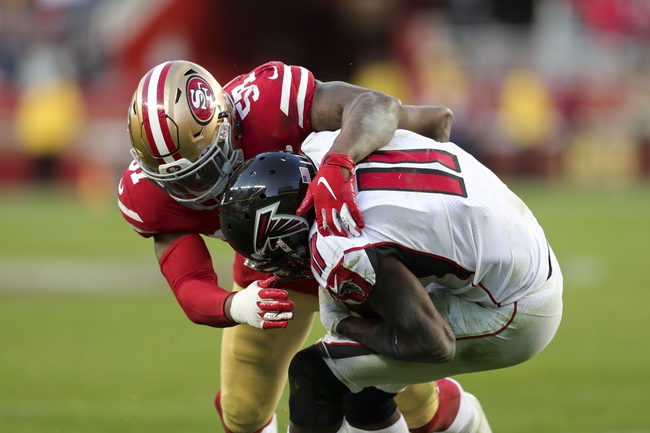 The Los Angeles Rams go to Santa Clara, California, take on the San Francisco 49ers on Saturday at Levi's Stadium. The Los Angeles Rams are coming off of a loss to the Dallas Cowboys that saw the Rams play uncharacteristically bad. It's not been the year for the Rams after losing in the Super Bowl last season, but they typically aren't blown out like they were against Dallas.

The Rams are at risk of not making the playoffs, which is an absolutely crazy situation after their historic season last year. The offensive line is not in the same, as Jared Goff is running around trying to avoid sacks much more. Also, Todd Gurley's knee injury has been a huge story this season, and Jared Goff has not played up to his last year's standards. All of this has resulted in a record of 8-6.

The 49ers are coming off of a surprise loss to a bad Atlanta Falcons team, beating the Niners 29-22.

The San Francisco 49ers are one of the best teams in the NFC right now and have played amazing this year. Many thought they were going to be a better team than last season, but not many predicted this. The 49ers have been phenomenal at running the ball, and then on the defensive end, Rookie pass-rusher Nick Bosa and cornerback Richard Sherman have been the biggest factories in the San Francisco 49ers getting to their record of 11-3.

This game means a lot more for the Los Angeles Rams, and they should be coming in with much more heart to win. However, it's too difficult to go against the San Francisco 49ers right now as they are one of the best in all of football, and the 49ers are still in the race to try to get a bye week spot, and I think that they still win here. Final Score Prediction, San Francisco 49ers win 31-26.