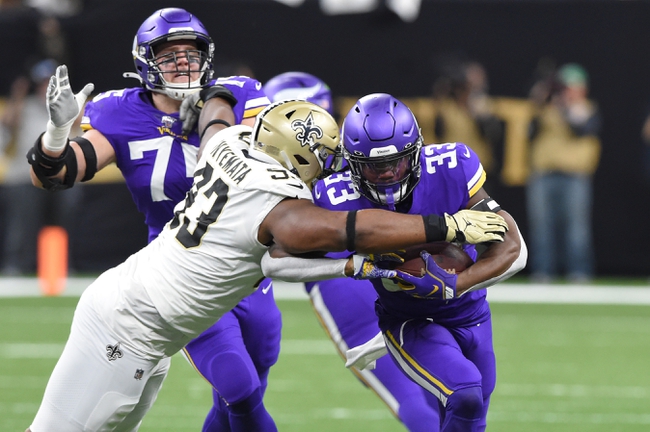 The Minnesota Vikings visit Levi’s Stadium on Santa Clara, California on Saturday to play the San Francisco 49ers in one of two NFC divisional playoff games. The Vikings reached this game by defeating the New Orleans Saints 26-20 in overtime in their wildcard matchup. Vikings quarterback Kirk Cousins threw a 43-yard pass to Adam Thielen that put the ball on the two-yard line were Cousins tossed the winning touchdown to Kyle Rudolph on third and goal.

San Francisco finished the regular season with the best record in the NFC at 13-3 and a first-round bye in the postseason. San Francisco’s defense was its key to winning this season. The 49ers have Nick Bosa, who will disrupt both running and passing plays and defensive end Dee Ford is expected to return from injury. The running game for San Francisco was No. 2 in the league with an average of 144.1 yards for per game and an NFL leading 23 touchdowns.

During the regular season, San Francisco quarterback Jimmy Garoppolo threw for 3,978 yards, 27 touchdowns and 13 interceptions. Raheem Mostert led the 49ers in rushing 772 yards and eight touchdowns. George Kittle was the leading receiver with 1,053 yards and five touchdowns. The leading tackler for San Francisco was Fred Warner with 118.

Both the 49ers and Vikings have strong running games and solid passing attacks, but the 49ers defense has played better than the Vikings defense has. Nick Bosa will give Kirk Cousins fits on passing downs and the expected return of Dee Ford at defensive end for San Francisco will make life that much tougher for the Vikings running and passing game. San Francisco wins this at home, but Minnesota’s offense keeps its close enough to cover. Final Score Prediction, San Francisco 49ers win but fall short ATS 27-23