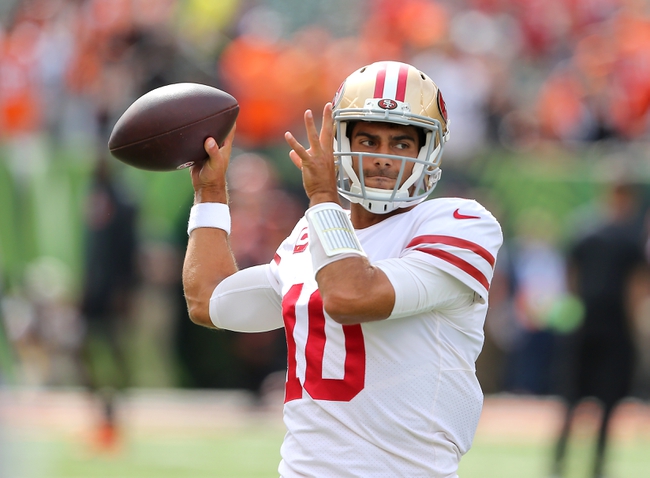 The Pittsburgh Steelers and the San Francisco 49ers will match up on the NFL Week 3 schedule Sunday.

Pittsburgh enters this game at 0-2 so far. The Steelers were embarrassed 33-3 by the Patriots in the opener then fell to the Seahawks 28-26 at Heinz in Week 2.

In the loss to Seattle, Steelers QB Mason Rudolph got most of the work with 112 yards, two touchdowns and a pick. JuJu Smith-Schuster was the leading Pittsburgh receiver with his 84 yards on five catches.

In the Week 2 win, San Fran QB Jimmy Garoppolo put up 297 yards, three scores and a pick, while Matt Breida had 121 rush yards. Deebo Samuel led the receivers there with 87 yards and a TD from five grabs.

With Ben Roethlisberger ailing, there’s a different dynamic to this game. The overall sentiment is still there, however: Pittsburgh really needs a win here. Considering the offensive onslaught San Fran has put together so far (against “meh” teams, granted, but Pitt qualifies as a “meh” team this year as well) I just don’t see it. I’ll take the 49ers, so long as the line is under a TD or so.