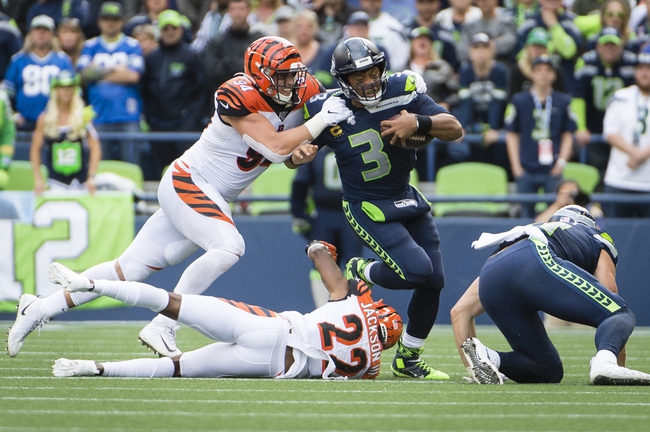 The Seattle Seahawks and the Pittsburgh Steelers meet in a week 2 inter-conference matchup in NFL action from Heinz Field on Sunday afternoon.

The Seattle Seahawks will look to build on a narrow 21-20 win over Cincinnati in their season opener last time out. Russell Wilson threw for 195 yards and 2 touchdowns on 14 of 20 passing while Chris Carson rushed for a team-high 46 yards and a touchdown. DK Metcalf led the Seahawks in receiving in his debut, hauling in 4 balls for a team-high 89 yards. Tyler Lockett’s lone reception went for 44 yards and a touchdown while the aforementioned Carson added 6 receptions for 34 yards and a touchdown out of the backfield. Defensively, Quinton Jefferson had 2 of Seattle’s 4 sacks while Seattle also had a pair of forced fumbles, one of which was recovered by Tre Flowers who also led the team with 9 solo tackles in the win.

The Pittsburgh Steelers will look to rebound from a very disappointing 33-3 loss to New England in their season opener last time up. Ben Roethlisberger threw for 276 yards and an interception on 27 of 47 passing while James Conner rushed for a team-high 21 yards on 10 carries. JuJu Smith-Schuster led the Steelers with 6 receptions for 78 yards while James Washington added 61 receiving yards and the previously mentioned Conner had 4 receptions for 44 yards. Defensively, Bud Dupree had a sack and Devin Bush led Pittsburgh with 7 solo tackles and 4 assisted tackles as the Steelers gave up 465 yards of total offense in the loss.

I’d like to think that both are going to put forth better performances in week 2, and Pittsburgh being favored at home kind of makes sense as one would think that the Steelers would want to rebound in front of their home fans after being humiliated on the road in primetime in week 1. However, I need to see some signs of life before laying points with a team that just got blasted by 30, and while Seattle probably should’ve won by a few more points, the fact is that they still won the game and Wilson can be a game-changer with how he moves the ball with his legs. I’ll take the points with Seattle in a game I could very well see Seattle winning outright.