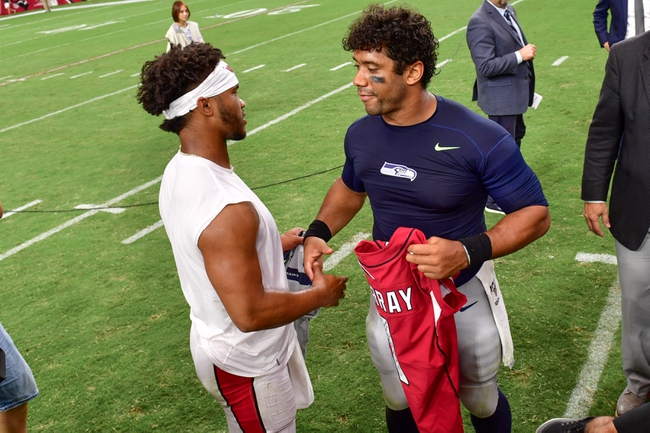 The Arizona Cardinals hit the road for an NFC West tilt with the Settle Seahawks.  The Cardinals are (4-9-1), after upending the Cleveland Browns, 38-24.  The Seahawks are (11-3), coming off a 30-24 win over the Carolina Panthers.

In the Cardinals win over the Browns, Arizona was led throughout the game by running back Kenyan Drake.  Drake had a tremendous game, rushing for 137 yds on 22 carries and 4 touchdowns.  The Cardinals were able to out gain the Browns, 445 to 393.  Arizona dominated the ground game, out rushing the Browns, 226 to 152.  The Cardinals forced 2 turnovers in the game.

In the Seahawks win over the Panthers, Seattle was guided on offense by quarterback Russell Wilson.  Wilson passed for 286 yds on 20 completions, while throwing 2 touchdowns.  Chris Carson contributed 133 yds rushing on 24 carries and 2 scores.  The Seahawks out gained the Panthers on the road, 428 to 414.  Seattle controlled the time of possession, 31:18 to 28:42.  The Seahawks forced 3 turnovers in the win.

The under is 4-1 in Cardinals last 5 games following a SU win.

Seahawks are 2-5 ATS in their last 7 home games.

The pick in this article is the opinion of the writer, not a Sports Chat Place site consensus.
Previous Pick
Los Angeles Chargers vs. Oakland Raiders - 12/22/19 NFL Pick, Odds, and Prediction
Next Pick
Chicago Bears vs. Kansas City Chiefs-12/22/19, NFL, Odds, Pick, & Prediction