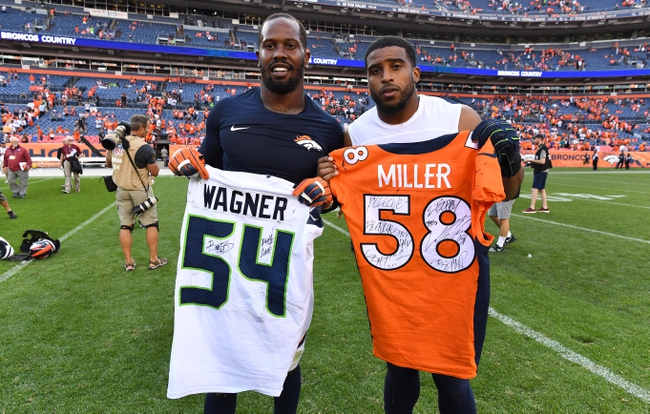 The Denver Broncos and Seattle Seahawks meet Thursday in a NFL preseason game at CenturyLink Field.

The Denver Broncos play their second preseason game of the year after beating the Atlanta Falcons, 14-10 in the Hall of Fame Game. Brett Rypien led the Broncos with 41 passing yards and a touchdown, while Khalfani Muhammad had 50 yards and a touchdown on seven carries. Muhammad also led the Broncos with 24 receiving yards, while Juwann Winfree had Denver’s only receiving touchdown, which ended up winning the game late in the fourth quarter. Defensively, Dymonte Thomas led the Broncos with seven tackles, Malik Reed had one sack and Trey Johnson came away with an interception. The Denver Broncos have won seven of their last nine preseason games.

The Seattle Seahawks are going to be a very interesting team in the preseason due to Pete Carroll stacking the roster a certain positions and demanding competition for playing time. Linebacker and defensive back are two areas to keep a close eye on with Cody Barton, Jacob Martin and Ben Burr-Kirven fighting for key backup roles, and that’s not even mentioning the feel good story of Shaquem Griffin. Lano Hill and Tedric Thompson will be competing for a possible starting spot at free safety. Offensively, rookie wide receivers Gary Jennings and John Ursua hope to separate themselves as potential key backups. There’s also an intriguing quarterback battle between Geno Smith and Paxton Lynch, as this could be the last chance for either of those guys to have an impact in this league. The Seattle Seahawks have split their last eight preseason games.

The Denver Broncos have some value here considering they already have a game under their belt to get the juices flowing and knock off the rust. You can practice as much as you'd like, but nothing substitutes a game. With that said, the Seahawks are a team I like this preseason because they have three quarterbacks with starting experience. I put most of my stock into the QB position in the preseason and you have to like having three guys who have led a team. Sure, Smith and Lynch didn't accomplish much in those starts, but there should be some success going up against second and third units. I'll lay the field goal with the Seattle Seahawks.