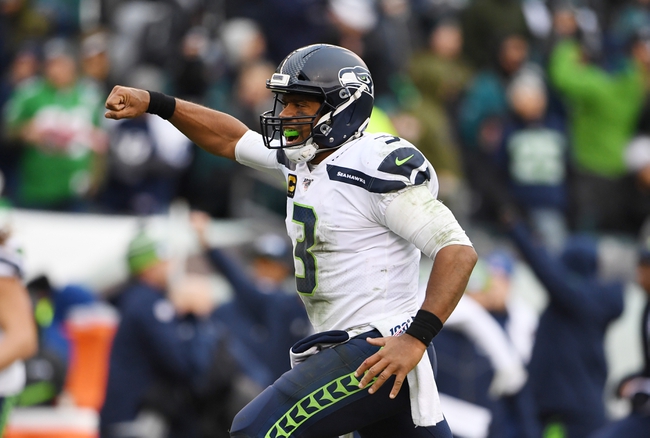 While there are still four games remaining in the season after this week, it seems as though this game has season-ending importance. The Vikings have been unstoppable at home with a 5-0 record, but have just managed to remain at .500 on the road heading into one of the most intimidating home-field advantages in the NFL. But Minnesota is 6-1 in its last seven games with a lone 26-23 loss at Kansas City marking the blemish on the record. In that stretch, the Vikings hold a 38-20 win over Philadelphia and a 28-24 victory at Dallas just two weeks ago, showing that they can win on the road against a good team.

Minnesota has also shown that it can be successful on both sides of the ball. The Vikings rank eighth in the NFL in both yards per game and points per game with 378.6 and 26.3 respectively, and they are even better on defense, entering this week ranked sixth in the NFL allowing just 18.6 points per game.

The Vikings needed every bit of their offense and defense in the second half of last week’s 27-23 win over Denver, a game that the Broncos led 20-0 at halftime. But touchdowns on each of Minnesota’s four second-half possessions were enough to pull out the victory for the Vikings. It was the first time in five years that a team trailing by 20 or more points at halftime came back to win. Kirk Cousins led the charge, going into a two-minute offense in the second half, completing 29-of-35 passes for 319 yards and three touchdowns to pull out the win. Stefon Diggs was one of four Minnesota receivers to catch at least five passes as he pulled in five receptions for 121 yards and a touchdown and Kyle Rudolph also had five catches for 67 yards and a score.

Cousins has completed 70.6 percent of his passes this year -- third-best by a regular NFL starter -- for 2,756 yards and 21 touchdowns against just three interceptions this season. Dalvin Cook counters the passing game with the third-most yards rushing in the NFL this year at 1,017 yards on 214 carries. Diggs leads the receivers with 46 catches for 880 yards and five touchdowns.

The game is equally important for Seattle, though. With San Francisco heading into a showdown with Baltimore this week, a Seahawk win could pull them into a tie not only atop the NFC West but atop the NFC overall. And by winning in San Francisco two weeks ago, Seattle would hold the tiebreaker with one more meeting between the two teams remaining at the end of the season.

Seattle’s offense scores even more than Minnesota’s, with the Seahawks ranking seventh in the NFL in scoring at 26.5 points per game while gaining the fifth-most yards in the league at 385.4 per game. However, the defense will allow other teams to score. The Seahawks rank just 21st in defensive scoring, allowing 23.9 points per game. But they find a way to win as they have done in seven of their last eight games with the lone loss coming to Baltimore. Those wins have included a pair of overtime victories but most recently was a game that the defense played great in a 17-9 win at Philadelphia.

While the win looked good for the Seattle defense, Philadelphia was playing without its top three wide receivers, its leading rusher, and two Pro Bowl offensive linemen. Those absences allowed the Seahawks to hold Philadelphia to a season-low nine points.

Seattle got the job done on the ground with Rashaad Penny running wild on the Eagles defense. He carried the ball 14 times for 129 yards and a touchdown, good enough for a 9.2 yard-per-carry average. Russell Wilson managed the game at quarterback, completing 13-of-25 passes for 200 yards with a touchdown and an interception, but he was sacked six times. Seven different receivers caught at least one pass for the Seahawks.

Both teams are 6-5 against the spread this year, both teams are coming into the game playing good football, and both teams need the win to continue to push toward the playoffs in the position they want to be in. Seattle has shown an ability to find ways to win, but its defense allows too many points in a game like this one.

But one thing stands out more than any other and that has been Minnesota’s historic inability to defeat Seattle. The Vikings are 5-11 all-time against Seattle and are just 2-7 all-time in Seattle, including a 21-7 Seahawk win last year on Monday night in week 14. In those nine games in Seattle, Minnesota is averaging losing by nearly nine points per game and hasn’t been within three points of the Seahawks since 2006. For two evenly-matched teams on paper, go with history. Take Seattle minus the three points.