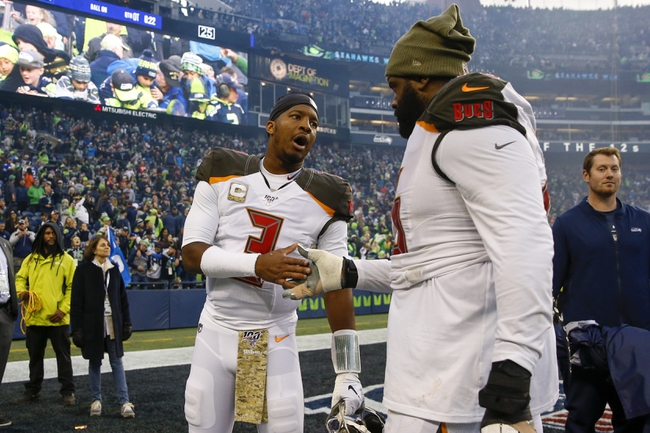 The Arizona Cardinals travel to the state of Florida this weekend for a game against the Tampa Bay Buccaneers.  In their last game, the Cardinals were defeated by the San Francisco 49ers by the score of 28-25 in what was a much closer game than what many fans had expected.  Arizona quarterback Kyler Murray continued what has been a solid rookie year as he completed 17 of 24 passes for 241 yards and 2 touchdowns.  Murray also ran 5 times for 34 yards.  Newly acquired Kenyan Drake carried the ball 15 times in route to rushing for 110 yards and scoring a touchdown in his first game with Arizona.  Keesean Johnson caught one of Murray’s touchdown passes and as he caught 2 passes for 22 yards on the day.   Wide receiver Andy Isabella led the Cardinals in receiving yards on the day, although he only caught 1 pass, it was good enough for 88 yards and a touchdown.

On the year the Cardinals are 3-5-1 but will be looking to get closer to the .500 mark after a game against Tampa Bay.  Kyler Murray has lived up to his dual threat potential that he showed at Oklahoma as he has thrown the ball well this season for 2,229 yards, 9 touchdowns and 4 interceptions.  Murray is also the Cardinals leading rusher and has ran 56 times for 313 yards and 2 touchdowns on the season.  The ageless wonder Larry Fitzgerald has been Arizona’s lead receiver once against this season as he has caught 42 passes for 485 yards and 2 touchdowns.  The Cardinals enter Sunday’s game with 5 players listed on their injury report as Zach Allen, Chase Edmonds, David Johnson and Justin Murray are all listed as out while Clinton McDonald is listed as questionable.

The Tampa Bay Buccaneers welcome the Arizona Cardinals to town after returning from Seattle where they were defeated by the Seahawks last Sunday by the score of 40-34 in overtime.  Jameis Winston has one of his best games on the season under center for the Bucs and to the surprise of many, didn’t throw an interception.  On the day Winston completed 29 of 44 passes for 335 yards and 2 touchdowns.  Tampa Bay wide receiver Mike Evans caught 12 passes for 180 yards and a touchdown.  Ronald Jones II has one of his most productive games out of the backfield for the Bucs and led the team in rushing, carrying the ball 18 times for 67 yards and a touchdown.

The Bucs are now 2-6 on the season, including a home record of 0-3.  On the year, Winston has thrown for 2,407 yards, 16 touchdowns and 12 interceptions.  Ronald Jones II has been Tampa Bay’s leading rusher and has carried the ball 92 times for 381 yards and 3 touchdowns.  Wide receiver Mike Evans has benefited most from Tampa Bay’s pass heavy offense and has 50 receptions for 812 yards and 7 touchdowns.  The Buccaneers enter Sunday’s game with 5 players on their injury report as Carlton Davis, Anthony Nelson, Carl Nassib and Antony Auclair are listed as questionable while O.J. Howard is listed as out.