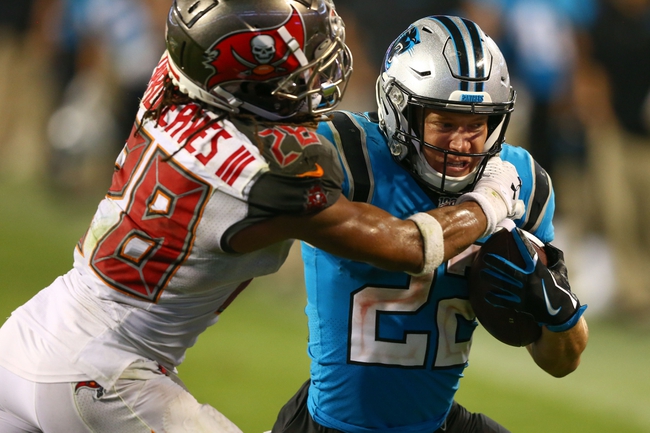 The Sunday NFL schedule will kickoff with a matchup between the Carolina Panthers and the Tampa Bay Buccaneers from London. The Panthers have won three straight games with QB Cam Newton sidelined and trail New Orleans by a game for the NFC South Division lead. On Sunday, Carolina forced three turnovers during a 34-28 home victory versus Jacksonville.

The Tampa Bay Buccaneers have lost three of their first five games and continue to be plagued by inconsistent play for first year head coach Bruce Arians. Last time out, Tampa Bay had no answer for New Orleans WR Michael Thomas (182 yds) during a 31-24 road loss against New Orleans. The Buccaneers were outgained by a 457-252 margin in defeat.

Carolina QB Cam Newton (foot) has not played since week two and has been officially ruled out for this contest. Tampa Bay defeated Carolina on a late goal line stand earlier this season. Look for the Panthers to turn the tables in London. Final Score Prediction, Carolina Panthers 27-20.