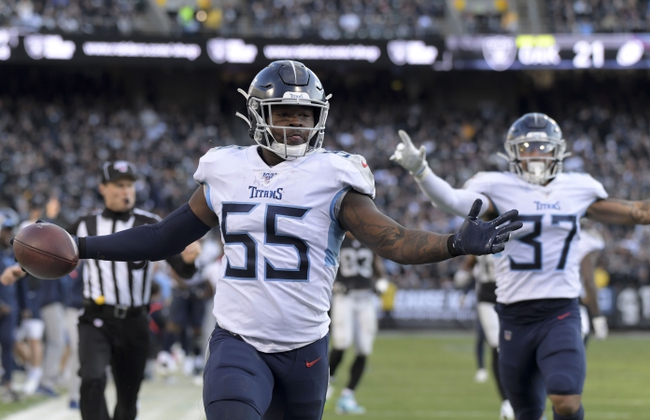 The Houston Texans travel to Tennessee on Sunday for their game against the Titans in a matchup of the top two teams from the AFC South.  In their last game, the Texans were beaten by the Denver Broncos by the score of 38-24.  Houston quarterback Deshaun Watson completed 28 of 50 passes for 292 yards and a touchdown against 2 interceptions.  Carlos Hyde was the leading rusher for Houston as he carried the ball 14 times for 73 yards.  DeAndre Hopkins was the leading receiver for the Texans on the day, catching 7 passes for 120 yards and a touchdown.  The Texans offense gained a total of 414 yards against the Broncos while the Houston defense allowed 391 yards including 301 through the air.

With the loss, the Texans are now 8-5 on the season and are in a 1st place tie in the AFC South with their opponent on Sunday, the Tennessee Titans.  Quarterback Deshaun Watson has thrown for 3,425 yards and 24 touchdowns against 9 interceptions this season.  Carlos Hyde has been Houston’s leading rusher as he has carried the ball 198 times for 926 yards and 4 touchdowns.  DeAndre Hopkins in enjoying another productive season in Houston has he has been their leading receiver this season, catching 93 passes for 1,023 yards and 7 touchdowns on the year.  Houston enters Sunday’s game with 3 players listed on their injury report as Will Fuller V, Taiwan Jones and Carlos Watkins are listed as out.

The Tennessee Titans welcome the Houston Texans into town hoping for a win that would move them into first place in the AFC South.  In their last game the Titans were victorious, beating the Oakland Raiders by the score of 42-21.  Titans quarterback Ryan Tannehill completed 21 of 27 passes for 391 yards and 3 touchdowns against 1 interception.  Titans running back Derrick Henry led the way on the ground for his team, rushing 18 times for 103 yards and 2 touchdowns on the day.  Wide receiver A.J. Brown was the leading receiver on the day for Tennessee as he caught 5 passes for 153 yards and 2 touchdown in the game against the Raiders.  The Titans offense gained a total of 552 yards in the game while their defense allowed 356 yards but just 97 came on the ground.

With the win against Oakland, Tennessee is now 8-5 on the year and in a 1st place tie with the Houston Texans in the AFC South.  Quarterback Ryan Tannehill has been nothing short of brilliant since taking over under center for the Titans and has now thrown for 1,993 yards and 15 touchdowns against 5 interceptions.  Running back Derrick Henry has been productive all season on the ground as he has rushed 250 times for 1,243 yards and 13 touchdowns this season.  A.J. Brown has been the leading receiver for Tennessee as he has caught 39 passes for 779 yards and 6 touchdowns this year.  The Titans enter Sunday’s game with 5 players listed on their injury report as Daren Bates, LeShaun Sims, Derick Roberson, Adam Humphries and Adoree’ Jackson are all listed as out.