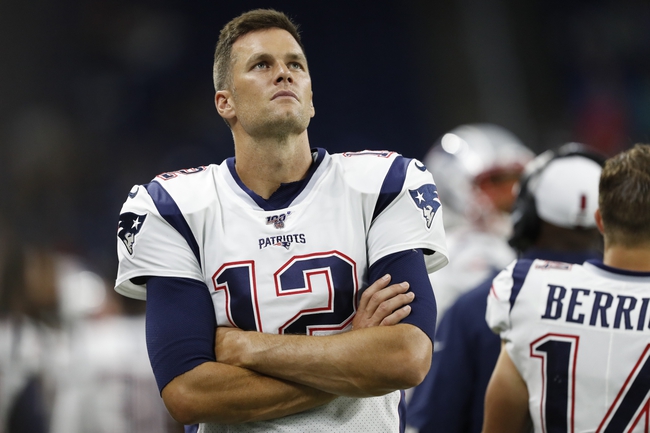 The New England Patriots and the Tennessee Titans meet in week 2 NFL preseason action from Nissan Stadium on Saturday night.

The New England Patriots will look to keep the ball rolling after a strong start to the preseason, recording a 31-3 win over Detroit in week 1. Jarrett Stidham looked good in his Patriots/NFL debut, going 14 of 24 passing for 179 yards and a touchdown while Brian Hoyer went 12 of 14 for 147 yards and 2 scores. Nick Brossette rushed for a team-high 66 yards on 22 carries with a touchdown while Brandon Bolden had 12 carries for 41 yards. Jakobi Meyers led the Pats’ receiving corps with 6 grabs for 69 yards and a pair of touchdowns while Maurice Harris had 3 catches for 27 yards and a touchdown of his own. Defensively, the Patriots appear to be in regular season form, recording a whopping 9 team sacks, including a pair from Derek Rivers and 1.5 sacks from rookie Chase Winovich. John Simon also recorded an interception as Detroit was held to just 93 yards of total offense in the game.

The Tennessee Titans will also look to build on a solid start to the preseason after recording a 27-10 win over Philadelphia. Logan Woodside led the Titans with 138 yards passing and a pair of touchdowns on 14 of 19 through the air while Ryan Tannehill went 12 of 16 for 130 yards and a pair of TDs as well. Marcus Mariota saw limited action, going 4 for 6 with 24 yards. Jeremy McNichols led the Titans with 44 rushing yards while Dalyn Dawkins and Alex Barnes each had a team-high 10 carries. Kalif Raymond led Tennessee with 6 catches for 80 yards while Cody Hollister, Anthony Firkser, MyCole Pruitt and Tanner McEvoy each chipped in receiving TDs for Tennessee in the win. Defensively, LeShaun Sims had a sack while Tye Smith led the Titans with 4 tackles in the victory.

Both of these teams had impressive road victories to start the preseason, but I personally think New England’s effort was the stronger of the two, as the defense looks to have picked up right where they left off, if not improved from last year’s team. That’s bold to say a game into the preseason, but New England looked that good, suffocating the Lions. Tennessee is going to have some success this year, and points at home are tempting, but I just think New England has the stronger depth, so even on the road, I have to lay the field goal with the Patriots.