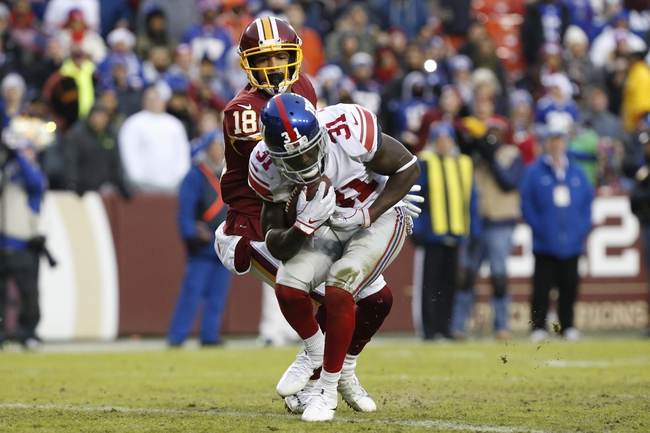 The Washington Redskins and the New York Giants meet in a week 4 NFC East division clash in NFL Action from MetLife Stadium on Sunday afternoon.

The Washington Redskins will be on the hunt for their first win after falling to 0-3 with a 31-15 loss to Chicago on Monday night in their last outing. Case Keenum has thrown for 933 yards, 7 touchdowns and 3 interceptions on 69.4% passing while Adrian Peterson leads the Redskins on the ground with 62 rushing yards. Terry McLaurin leads Washington’s receiving group with 257 receiving yards and 3 touchdowns while Chris Thompson, Paul Richardson Jr. and Vernon Davis each have 100+ receiving yards for the Redskins this season. Defensively, Landon Collins leads the Redskins with 26 total tackles including 20 solo tackles while Cole Holcomb is right behind with 24 total tackles this season. As a team, Washington is averaging 336.3 yards of total offense and 21 points per game while allowing 402.7 yards of total defense and 31.3 points per game against this season.

The New York Giants will look to build on their first win of the year with a 32-31 come from behind win against Tampa Bay in their last outing, coming back from 18 points down at halftime to steal the win. Daniel Jones has thrown for 353 yards and 2 touchdowns on 65% passing while Saquon Barkley leads the Giants with 237 rushing yards but it was announced that Barkley will miss 4-8 weeks with a high ankle sprain. Evan Engram leads the G-Men with 23 reception for 277 yards and 2 touchdowns while Sterling Shepard has 142 receiving yards and Cody Latimer has 104 receiving yards this season. Defensively, Antoine Bethea leads the Giants with 26 total tackles while Jabrill Peppers has 21 total tackles and Markus Golden leads New York with 3 sacks this season. As a team, New York is averaging 408 yards of total offense and 21 points per game while allowing 460.3 yards of total defense and 31.3 points per game against this season.

The loss of Barkley definitely hurts the Giants, but I was really impressed with New York and Jones in particular with how the Giants found the resolve and rebounded to pull out a win against the Bucs. Washington just doesn’t look good in the early going, as the run game is non-existent and I’m not sure Case Keenum is the guy I trust to lead the Redskins to the promise land. I almost think that if you’re taking the points, you think Washington wins this game outright, and I personally just don’t see it. I’ll lay the points with New York as I think the Giants once again rally around Jones here.