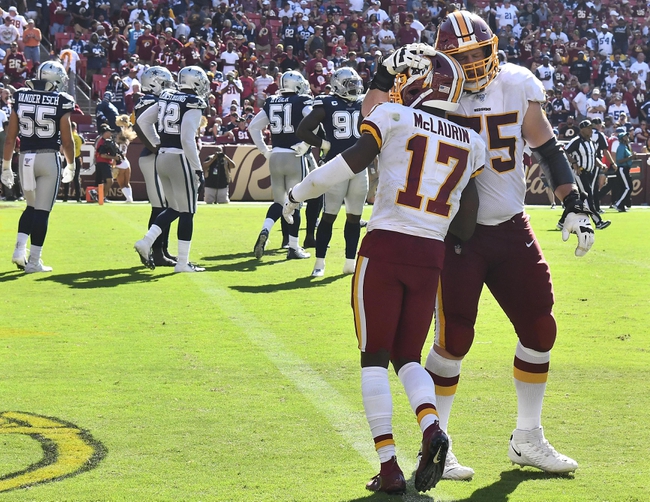 The Chicago Bears and the Washington Redskins meet in week 3’s installment of Monday Night Football in NFL action from FedEx Field.

The Chicago Bears will look to build on their first win of the season, picking up a 16-14 win over Denver in their last outing. Mitch Trubisky has thrown for 348 yards and an interception on 58.3% passing while David Montgomery leads Chicago with 80 rushing yards and a touchdown this season. Allen Robinson leads Chicago’s receiving group with 143 receiving yards and 11 catches this season. Defensively, Roquan Smith leads the Bears with 18 tackles including 13 solo tackles while Danny Trevathan has 17 total tackles and 13 solo tackles and Leonard Floyd has a pair of sacks this season. As a team, Chicago is averaging 263.5 yards of total offense and 9.5 points per game while allowing 292.5 yards of total defense and 12 points per game this season.

The Washington Redskins will be hunting for their first win of the season after a 31-21 loss at home to Dallas in their last outing, falling to 0-2 on the year as a result. Case Keenum has thrown for 601 yards and 5 touchdowns on 69.1% passing while Adrian Peterson leads the Redskins with 25 rushing yards and a touchdown. Terry McLaurin leads Washington’s receiving corps with 187 receiving yards and 2 touchdowns while Chris Thompson has a team-high 12 receptions for 116 yards. Defensively, Landon Collins leads Washington with 19 total tackles, including 15 solo tackles while Cole Holcomb has 15 total tackles and Montae Nicholson has 14 total tackles this season. As a team, Washington is averaging 326.5 yards of total offense and 24 points per game while allowing 455 yards of total defense and 31.5 points per game against this season.

I understand Chicago being favored here as the Bears are widely considered the better team, especially on defense with all the talent that’s there. However, I just don’t trust Mitch Trubisky as a starting QB in the NFL even after last season, and while the Bears are good defensively, Chicago hasn’t been playing well enough on offense to make it count. Washington hasn’t played as poorly as their record would indicate as they’ve been in the game in both losses. We’ve already seen Chicago once in primetime, and even though it was against a Packers’ team with a good defense, the Bears still struggled with the lights at their brightest. I just think that getting a home dog in primetime is too good to pass on, so I’ll take a shot at Washington and the points here.